A yearlong collection of UNLV faculty making the news for their discoveries and contributions to the community.

UNLV physicist Ashkan Salamat pictured in his lab in 2019. In 2020, he and colleagues at the University of Rochester discovered the first-ever room temperature superconductor.. (Josh Hawkins/UNLV Photo Services)

COVID-19 has captured the world’s attention for nearly a year. It’s turned our everyday way of life upside down - from work, to school, to business, to travel.

As the vaccine is distributed widely over the next few months and America’s economy continues to recover, communities can turn to their local universities as a resource for future economic and research development.

In Las Vegas, that resource is UNLV.

In the most challenging year in recent history, UNLV’s people and programs have continued to make strides in their research and contributions to economic development — contributions that have real-world applications for Nevada and its communities.

UNLV researchers in 2020 helped us understand how ancient central Nevada climate records can be a blueprint for climate change mitigation today. UNLV has shown it can be an incubation for innovations with the debut of a new gaming laboratory that will allow innovators to test ideas that can help the hospitality industry thrive now and into the future.

They’ve even made breakthroughs on a worldwide scale, with one UNLV researcher discovering the first-ever room temperature superconductor, what physicists call the “holy grail” of energy efficiency.

Below is a sampling of the ways that UNLV’s people and programs made the news in 2020 for these contributions and more.

On Earth, UNLV scientists are developing plans and researching ancient climate records to ensure the planet is habitable in the decades to come. Meanwhile, another UNLV researcher is combating misinformation on everything from climate change to COVID-19, to science in general.

In space, multiple geoscientists are conducting research on Mars to determine the potential for habitation in the future, with two UNLV professors chosen for the Mars Perseverance Rover, which is currently cruising through space to reach its destination of the Red Planet.

It’s a discovery that’s been recognized by Physics World Magazine as one of the top 10 breakthroughs of 2020. UNLV physicist Ashkan Salamat and colleagues discovered the first ever room-temperature superconductor - what they call the “holy grail” of energy efficiency. The phenomena observed by the research team and reported as a cover story in the journal Nature has implications for how energy is stored and transmitted. It could one day change how everyday technological devices - from laptops to MRI machines - are powered, how people and goods are transported, and how the whole of society could operate years into the future. Salamat says he envisions a “complete transformation of tomorrow’s society.”

Shortly before the coronavirus pandemic shut the world down, UNLV celebrated two major accomplishments in what seemed like a great start to what would be an even greater year. The university debuted Black Fire Innovation - a partnership with Caesars Entertainment to advance current trends in hospitality and gaming technology in a dynamic 43,00 square-foot space at the  UNLV Harry Reid Research & Technology Park.

Also in January, UNLV received the Carnegie Classification for Community Engagement, a gold standard achievement highlighting the university’s engagement practices that contribute to the public good while benefiting the university and its students.

While the COVID-19 pandemic turned everything upside down shortly after these announcements, it didn’t stop UNLV from building on the early accomplishments of 2020 by establishing other innovative and community partnerships, too. A sampling of these stories and more:

UNLV’s Department of Brain Health continued to advance the fight against Alzheimer’s disease and other neurological disorders in 2020 with the announcement of a new center, continued collaboration with community partners, and new research.

The competition received more than 250 submissions from 32 states and nine countries, but in the end, eight winners were chosen by the Lee School Prize Committee and collected $975,000.

One of those teams — Promethium — took the top prize of $250,000. Headed up by UNLV engineering students and alumni, Promethium is a virus-capturing HVAC system that can purify up to 4,000 hotel rooms at once.

A Milestone Moment for Academic Medicine

UNLV Medicine’s first class is set to graduate in just a few months - a milestone moment to mark a yearslong effort to bring more doctors to Southern Nevada and bolster the community’s health care system.

To support continued growth, a group of donors have stepped in to fund the construction of a new medical education building - a 2020 milestone moment for the school. In coming years, the new building - which broke ground in October - will allow UNLV Medicine double or triple the number of students per class. It’s a welcome moment, especially as applications to the school continue to surge.

Learn about UNLV news as it happens at UNLV In the News. 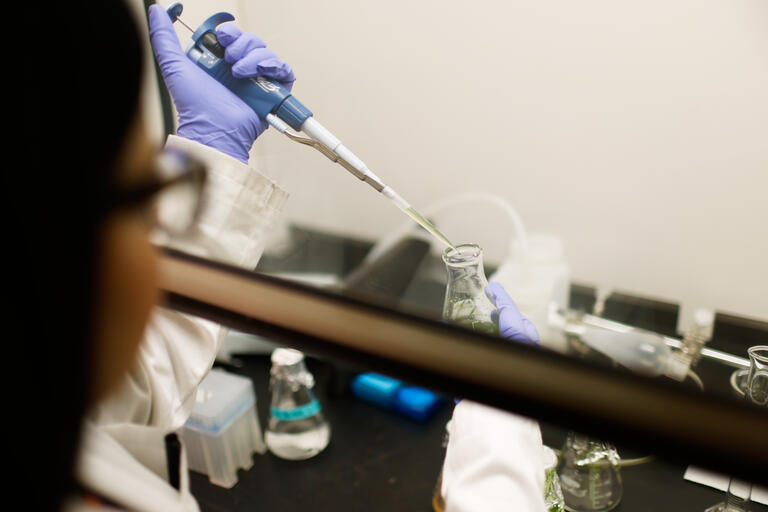