As part of UNLV's Homecoming celebrations, the Alumni Association is honoring individuals who represent the ideals of higher learning and Rebel pride. The association's annual awards program recognizes alumni, faculty, students, and community leaders for their outstanding achievements and leadership at on campus and throughout the community.

Alumnus of the Year 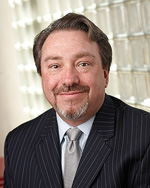 Tony F. Sanchez III is NV Energy's senior vice president of government and community strategy. He oversees all regulatory and government strategy, corporate communications, environment and safety, and community relations. In 2009, Sanchez worked with UNLV to create a curriculum for renewable energy. Two years later, and with a grant from NV Energy Foundation, a minor in interdisciplinary renewable studies is flourishing. His volunteer activities include serving on the Chancellor's Business Roundtable and the Excellence Advisory Board. He also served on the UNLV Alumni Association Board of Directors, 2003-09. He and wife Elaine Sanchez, '95 BA Criminal Justice, have four children.

Tony and Elaine Sanchez shared their thoughts about UNLV's role in the community in a 2011 article and video for the Power of Higher Education series. 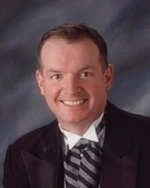 The late William Michael Kapalka, '04 JD, was truly a civil servant. When he graduated in 2004, he was recognized for his public service efforts with the presentation of a Dean's Award. Kapalka's law practice specialized in criminal and family law. He was recognized every year since 2008 for completing more than 100 hours in pro bono work, making him a member of Legal Aid Center of Southern Nevada's 100 Hours Club. Kapalka frequently served as a judge for the law school's mock appellate argument competitions and client counseling competitions. He was also an enthusiastic mentor to the law students in the Partners in Pro Bono Program. Kapalka passed away following his battle with pancreatic cancer shortly after he was selected for this award. 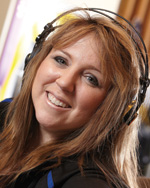 Dr. Daliah Wachs, '93 BS Biology, attended medical school at the University of Nevada, Reno after attending UNLV. She completed her fourth year and family medicine residency at UCLA. Her has been marked by her generous service to UNLV and to the Southern Nevada community She runs a family medicine practice works with St. Jude's Ranch for Children, FAST4KIDS, Opportunity Village, and the Leukemia and Lymphoma Society. When the recession hit Las Vegas hard, Dr. Wachs was concerned about those who could no longer afford medical care. She purchased airtime on KLAV radio and began broadcasting a show where listeners called in with their medical questions and she offered advice. In 2011, the show was picked up by SiriusXM Radio and is broadcast nationally.

Read more about Wachs in this News Center article from June 2012. 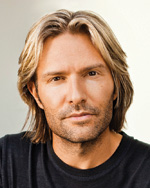 Eric Whitacre, '95 Bachelor of Music, is composer in residence at Sidney Sussex College at Cambridge University in the U.K. He was turned on to classical music relatively late in life, when he joined UNLV's choir and performed Mozart's Requiem. Since then, Whitacre has gone on to compose and conduct multiple albums (Light & Gold won a Grammy in 2012) and has written for world-renowned orchestras. Whitacre has returned to Las Vegas throughout the years to work with UNLV and local school district music students. He still acknowledges and credits his mentors David B. Weiller and Jocelyn K. Jensen from UNLV as his early influences.

Read more about Whitacre in this UNLV Magazine article from the Fall 2007 issue. 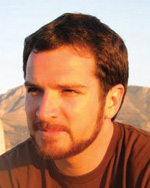 Eric Talbert, '03 BS Psychology, is the executive director of Emergency USA -- Life Support for Civilian Victims of War and Poverty. Talbert regularly draws upon his liberal arts education to help Emergency USA achieve its mission of providing high-standard, free-of-charge medical and surgical care in war-torn areas and to promote a culture of peace, solidarity, and respect for human rights. He has remained connected to UNLV through the College of Liberal Arts and his mentors in the psychology and anthropology departments. 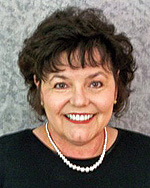 Linda Anne Silvestri, RN, '10 Ph.D. in Nursing, always wanted to be a nurse and began that journey in high school as a candy striper. She is a nurse educator and an author of numerous licensure preparation materials for nursing graduates. She is president of two companies -- Professional Nursing Seminars Inc. and Nursing Reviews Inc. -- which are dedicated to conducting the National Council Licensure Examination (NCLEX) review courses. She is a member of the Honor Society of Nursing, Sigma Theta Tau International, and numerous other nursing societies. For the School of Nursing, she has established an annual dinner to honor doctoral graduates, established the Silvestri Travel Fund for faculty travel and support, and sponsored a nationally known guest speaker. 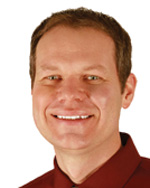 William Dahlke, '06 DMD and '12 Certificate in Pediatric Dentistry, specializes in pediatric dentistry and is a co-owner of Children's Dental Specialists in Las Vegas. Since 2006, Dr. Dahlke has participated in every Give Kids A Smile event at the UNLV School of Dental Medicine. He continues to volunteer at the monthly Saturday clinic, which provides free care to those in need in the Las Vegas Valley. Dr. Dahlke was a driving force in creating the school's alumni chapter and is one of its most active members. 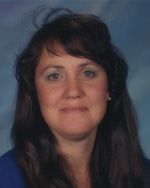 Elizabeth Giles, '81 BS Education and '92 Master of Education, has been improving the lives of children and teachers in the community since her time at UNLV. For the past three years, Giles has co-written grants and received funding through the State Farm Education Teacher Quality Grant housed within the UNLV Foundation, which has helped the CCSD/UNLV initiative on the National Board Teacher Certificate develop a support provider program. For the past six years, she has also been a member of this program, working to facilitate workshops and provide support to teachers individually and in small groups at no cost to the teachers. 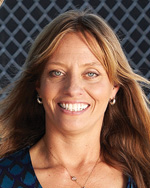 Tara Pike-Nordstrom, '95 BS Environmental Studies, was named sustainability coordinator after years of environmental work on campus. In July 1995, Pike-Nordstrom became the Rebel Recycling coordinator, and by March 1997, the Rebel Recycling Program was collecting and processing materials internally for the university. The program is now a model for other universities. This fall, she began her 10-year strategic plan for adding hydration stations to the campus. She coordinates campus recycling efforts with numerous local organizations and has the goal to turn UNLV into a zero-waste campus.

Read more about Pike-Nordstrom and UNLV's recycling efforts in this UNLV News Center article from September 2012. 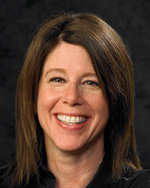 Paula Eylar, '89 BS and MBA Hotel Administration, is vice president for business and technology at Boyd Gaming Corp. Eylar oversees a number of critical business functions, including energy management and sustainability, e-commerce, and hotel online contract negotiations. A 2006 graduate of Leadership Las Vegas and a past UNLV Hotel Alumni Association board member, Eylar currently sits on the UNLV International Hotel Advisory Board. Eylar and her husband, Brian Lauzon, have four children and a two-year-old granddaughter. 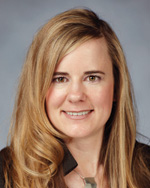 Jody Walker Belsick, '97 BS Civil Engineering and '10 EMBA, is the founder and president of Walker Engineering, LLC. She is a Las Vegas native who has built her career in Southern Nevada and has always supported UNLV. Belsick is a supporter of the UNLV College of Engineering through the Dean's Associates program and is serving on the Advisory Board for the Howard R. Hughes College of Engineering. She is also on the alumni committee for the Executive Master's in Business Administration program and a member of the College of Business Alumni Association. 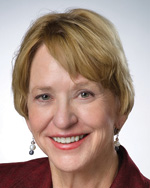 Janet Husmann Lowe, '68 BS Business Administration, has taken her knowledge from UNLV to become an expert in investing and writing. She is the author of more than 20 books and audiotapes focused on financial topics. Her Speaks series, which has featured in-depth interviews with Bill Gates, Warren Buffett, Oprah Winfrey, and many others, are some of her best-known works. Lowe's mother, Celesta Lowe, was one of the first employees of Nevada Southern University, the predecessor to UNLV, and retired from the UNLV Library. 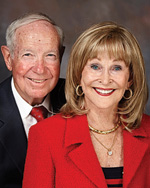 Fred B. Cox has been a donor, industrial partner, advocate, and role model for the students of the Hughes College of Engineering and UNLV in general. He and his wife, Harriet Cox, have donated more than $1 million to UNLV and have been instrumental in recruiting many more donors to the college. In 1999, he established the Fred Cox Engineering Scholarship and the Harriet Cox Scholarship. This year, the College of Engineering celebrated the 11th anniversary of the Fred and Harriet Cox Senior Design Competition and Dinner. He sits on the Engineering Advisory Board and the Mendenhall Innovation Program Advisory Board. 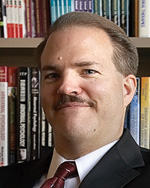 Christopher Kearney is UNLV Distinguished Professor of Psychology and director of the department's clinical doctoral training program. He is also the director of the UNLV Child School Refusal and Anxiety Disorders Clinic. His research interests include school refusal behavior, selective mutism, post-traumatic stress disorder in maltreated youth, perfectionism, and other anxiety-related conditions in children. He is widely published and conducts workshops for school districts, mental health organizations, and other agencies regarding school refusal behavior and selective mutism.

Executive assistant in the research division usually starts her day with a run on campus.

Dr. Rooman Ahad inspired by patients to write a book that builds empathy for those with special needs.

A First-Gen's Tip for Success: Ask for Help

A First-Gen's Tip for Success: Ask for Help