For Native Students, a Guide Along the Path

UNLV is a host site for the federally-funded Journey program, which puts Native American and other minority high school students interested in health research into college labs.

Some folks who find a TV show they love will live-tweet it with other fans or binge on Netflix. Then there’s Kayla Bland: She decided she was going to be the next “House, M.D.”

And the recent Las Vegas Academy graduate is well on her way thanks to UNLV’s Journey program, which matches Native American and other minority 11th- and 12th-graders across the nation with faculty mentors who coach the students as they complete grant-funded health research.

This is the second summer that Bland, 18, has worked on a project examining a brain protein and its role in neurodegenerative diseases — research that aims to assist in worldwide efforts to further early detection and therapy offerings for Alzheimer's, sports concussions, or other traumatic brain injury patients. She officially enrolls at UNLV this fall, with her eye on a biochemistry degree and a neuroscience minor.

“My mom was watching ‘House,’ and she said ‘Come here; watch this with me.’ I don’t know why but it hit me so hard and I said ‘I love this stuff!” recalled Bland. She was 16, the age when many teens’ focus is on Sweet 16 parties or driver’s licenses, but “I decided I’m going to be a neurosurgeon. That’s it. I’ve decided.”

College- and career-readiness are among the goals of Journey, a ten-week summer program that annually draws about 400 minority high school applicants nationwide who are interested in hands-on experience with biomedical, behavioral, clinical and social sciences. The program, now entering its sixth year, is funded by the National Institutes of Health and coordinated by the UNLV School of Community Health Sciences’ American Indian Research and Education Center (AIREC).

Accepted students are paired with professors at universities across the country (other host sites this year include University of Hawaii, UCLA, and Stanford) whose expertise match students’ interests. At the end of the summer, they are flown to Bethesda, Md. to hear from industry researchers and scientists and receive critiques after presenting their work.

This summer, 22 enrollees were assigned to UNLV, which targets American Indian/Alaska Native students — the majority of whom live outside of Nevada in rural farming areas or reservations with little to no access to technology or higher education institutions — and students in Puerto Rico.

“We really want them to understand research methods — how you craft a research question or hypothesis, what are the methods in which you try to answer that question, what might be your results,” said Dodge-Francis, a member of the Oneida Nation of Wisconsin who is known throughout the country for her work on obesity and Type 2 diabetes prevention and education in Native American communities. “We have found that our students really benefited from the program once they go to college.”

And the program isn’t just for students with access to a local college. Though many students are matched with colleges near their homes, Dodge-Francis and other mentors go the extra mile – literally – to make the program accessible. For example, Dodge-Francis has traveled to a remote Alaskan fishing village off the Bering Sea for a site visit, and videoconferencing is often used for mentoring sessions throughout the summer.

“The Journey program is so worthwhile for the larger communities the students hail from because health disparities are best addressed by a diverse science workforce with vested interests in these issues,” she said. “Investing in these underrepresented students helps develop a healthcare workforce capable of designing culturally-grounded health promotion and disease prevention strategies, especially in the case of some Native tribal communities where such resources are practically nonexistent.”

Jones, who is half Native- and half African-American, said the love of genetics instilled in him by his 9th grade biology teacher magnified during an internship last summer observing research into diabetes — an illness that disproportionately affects both sides of his heritage — at the National Institutes of Health.

This summer, he spends his days in a UNLV lab staining and analyzing slides, immersed in research led by graduate student Camille Catelo into the health effects of asbestos.

“I think this is a really great program that sheds light on the research process. It isn’t as easy as it looks,” said Jones, an aspiring NIH geneticist who will start classes at Howard University in the fall.

Jones’ Native side of the family is from the Wolf Point reservation in rural Montana. He said relatives have told him that it’s very hard for Native American youth to see opportunity outside of their small town. “Programs like these give opportunity to individuals who without it wouldn’t have the chance to experience settings like this,” he said.

And it’s not just the hands-on, resume-building, passion-solidifying experience that Bland loves about the Journey program. She said it has helped her build confidence and network with like-minded peers.

For her mentors, wife-husband team Rochelle and Dustin Hines, the chance to encourage young minds interested in getting a headstart on solving global health issues is a win.

“It is a labor of love. Mentorship is a huge cornerstone of what we’re trying to do at UNLV,” Rochelle said. “Dustin and I both benefited as undergraduate students from having exposure to science and that’s something we’re really motivated to try to continue with our students.”

Added Dustin: “One of the things we know in our field is that in the next 10 years with the demographics of the baby boomers, Alzheimer’s disease will affect healthcare across the world. There’s a push in the neurosciences, partially for that reason, to identify ways that will help those impacted lead a higher quality of life. And Kayla’s project fits directly into that.” 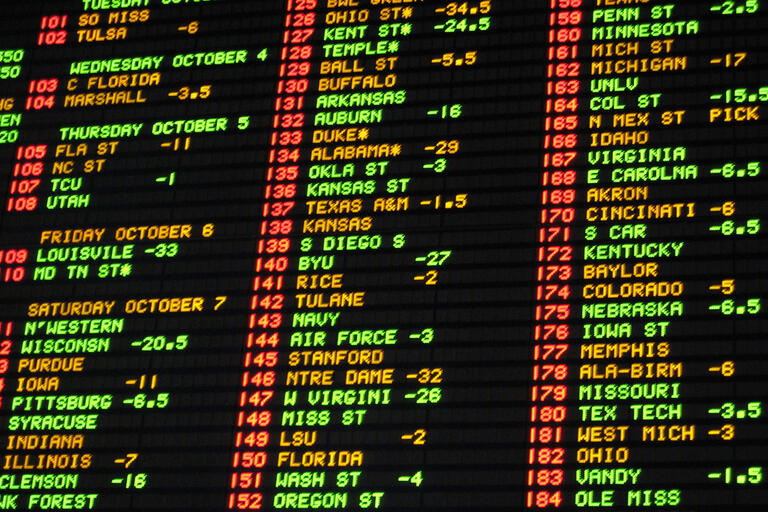 Students pair with local business Clique Hospitality to learn best methods for creating a recruitment plan that can then be used by the company.

UNLV discussion series brings community together for conversations on ways to address systemic racism and find solutions; event coincides with a new exhibit on the first floor of Lied Library.