Space, Shakespeare, and The Hadza

Funded through an endowment from the late Marjorie Barrick since 1981, the awards are conferred by UNLV’s executive vice president and provost’s office. The Barrick Distinguished Scholar Award carries a $5,000 stipend and recognizes a researcher with 10 or more years of academic service after their terminal degree. The Barrick Scholar Award provides $2,500 for the researcher’s achievements in fewer than 10 years of academic service after their terminal degrees.

This year’s awards go to:

Evelyn Gajowski, professor of English in the UNLV College of Liberal Arts, explores how and why Shakespeare’s work continues to appeal to readers and theater-goers around the world, considering contemporary political, sociological, and economic factors as well as gender, sexuality, postcolonial, and race theories. She has published four books on Shakespeare and delivered plenary and keynote lectures around the globe, including an upcoming series of invited guest lectures in Taiwan. Her book The Art of Loving: Female Subjectivity and Male Discursive Traditions in Shakespeare’s Tragedies has been cited globally in psychoanalytic, sociology, and law journals as well as Shakespeare scholarship. Both it and her recent work on presentism as a theoretical strategy for analyzing Shakespeare's texts have garnered hundreds of citations to date. She also serves as series editor of the Arden Shakespeare and Theory Series, an interdisciplinary project endorsed by eminent scholars and published under the prestigious Arden Shakespeare imprint by Bloomsbury in London, the premier scholarly publisher of Shakespeare texts.

“Gajowski’s scholarship has had a significant impact on Shakespeare studies throughout her career,” said English department chair Gary Totten, who recommended her for the award. “(Her) consistent emphasis on gender, identity, and presentism in her own work on Shakespeare, and her encouragement of a broad range of other theoretical perspectives in her important editing work, … have had and will continue to have a profound impact on Shakespeare scholarship worldwide.”

Crittenden examines the evolution of human behavior in the areas of nutrition and reproduction. Since 2004, she has studied the Hadza people of Tanzania—one of the world’s last remaining hunter-gatherer populations—conducting groundbreaking research that has attracted worldwide academic and media attention. Crittenden has published 27 peer-reviewed journal articles and eight peer-reviewed book chapters thus far, has received a Regents’ Rising Researcher Award from the Nevada System of Higher Education, has been awarded several highly competitive research grants, and has demonstrated a commitment to increasing inclusiveness and diversity within the STEM fields through several mentorship initiatives she participates in.

“In all of my years in academia, (Crittenden) is one of the top scholars I have worked with, and it is still early in her career!” said anthropology chair Barbara Roth, who recommended Crittenden for the award. “(Her) strong record of high-quality research, grant funding, and research presentations is the epitome of the word ‘exceptional.’” 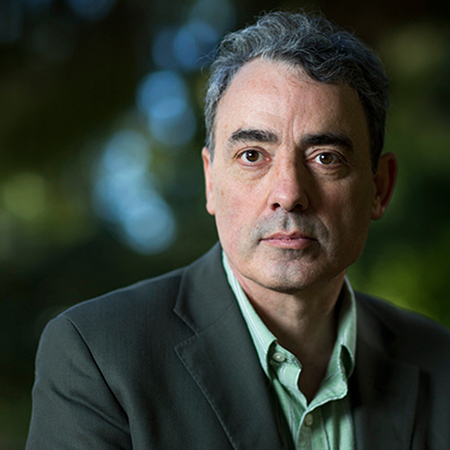 Francis Cucinotta, professor of health physics in the School of Allied Health Sciences, studies the long-term health effects of radiation exposure on humans on Earth and in space, including the effects of low to moderate doses of radiation on memory and cognition. One of his recent findings revealed that the cancer risk for astronauts on long-term missions in space was effectively twice as high as previously estimated. Cucinotta’s accomplishments include 358 peer-reviewed publications—56 of which have been completed during his four years at UNLV—which have generated more than 15,500 high-impact citations.

Prior to UNLV, he was employed at NASA for 23 years, 10 of which he served as chief scientist of space radiation research.

“During his relatively short tenure at UNLV, Cucinotta has been an exemplary faculty member,” said Steen Madsen, professor and chair of the Department of Health Physics and Diagnostic Sciences, who recommended Cucinotta for the award. “His research productivity during his four years at UNLV is truly remarkable. He is a prodigious researcher … (whose) work has significant implications for the viability of long space missions.”

The Geologic Secrets of Lake Mead

The Geologic Secrets of Lake Mead

Record of past volcanic eruptions — and potential hazards to health — revealed by low water levels at dwindling local tap source.