Five UNLV graduates will be recognized by President Len Jessup during winter commencement for their combination of academic excellence and service to the community.

UNLV's winter commencement is 4 p.m. Tuesday, Dec. 19. Share your photos, congratulate your friends, say thanks to Mom and Dad. #UNLVGRAD

A veteran whose service extended well beyond the battlefield and into the community. A touring musician who changed his tune and turned to quantum physics. Three scientists working to save lives.

These five are among more than 2,000 newly minted UNLV graduates who will cross the Thomas & Mack Center stage on Tuesday, earning rave reviews (read: applause) for their years-long performances of perseverance and triumph.

UNLV has a commencement tradition for the president to select and honor a few exceptional students who embody the academic, research, and community impact of the graduating class. Winter 2017 outstanding UNLV graduates include:

So what do physics and rock and roll have in common? To people like Einstein and UNLV outstanding graduate Joshua Adams, the relationship is linear.

Einstein once famously said that if he wasn’t a physicist he’d probably be a musician. Back in 2013, Josh, a touring rock star and music producer who worked closely with the legendary southern band Alabama, realized a similar, albeit opposite, epiphany.

Josh gave up the glamour of tour buses and concerts for science and research, as he enrolled in classes at the College of Southern Nevada before coming to UNLV to study quantum physics.

As with music, Josh’s physics career is off to an interstellar start as he’s been the recipient of numerous awards and accolades, including a NASA Space Grant; the NASA Eclipse Logo Design Winner; science education and quantum mechanics researcher in the College of Sciences; and a member of the Dean’s List with a 3.74 GPA.

According to physics professor Bernard Zygelman: “He’s very driven and motivated. I admire his tenacity for accomplishing his goals. When he first came to UNLV he took five physics courses, which is somewhat unusual because of the time involved.”

Josh’s willingness to educate others can be seen regularly on social media as he often offers to help answer #Science related questions for any of his 200,000 Twitter followers.

After graduation Josh plans on pursuing a graduate degree in quantum computing.

(PS: He has also swam with a whale shark — the largest fish in the ocean).

Randy Dexter is more than a 10-year U.S. Army veteran who served two combat tours in Iraq. He’s more than a 3.5 GPA student graduating today with a degree in Communication Studies. He’s more than a loving father and husband who worked many hours a week to put himself through school.

Randy is a beacon of hope for the veterans on campus and in our community.

Suffering from PTSD, Randy is known partially around campus as the guy with Captain, his service dog. He’s a leader who is always helping his fellow veterans and students and showing them that no matter what they’ve been through, they can and will succeed and that UNLV and Rebel Vets are here to help them.

Ross Bryant, his mentor and supervisor at the UNLV Military & Veteran Services Center, said “His leadership in the community explaining his own transition from veteran to civilian life has become a guiding light to many of our transitioning veterans, reducing their anxiety and welcoming them to the ‘Rebel Vet’ community.”

And Randy’s commitment to veterans goes much further. During his time at UNLV Randy has helped hundreds of veterans adjust to “life back at home.” He’s helped get three laws passed through the Nevada State Legislature that helped veterans. He has hosted veteran town halls. And he was recently named as one of the highest-performing student veterans in higher education and was invited to the George W. Bush Presidential Center in Dallas.

Randy plans on continuing his education here at UNLV as he pursues a graduate degree in Public Administration.

Mother Teresa said “the greatest good is what we do for others,” and that concept – along with high-caliber research – is what makes Jacqueline Phan an outstanding graduate.

The young mother of two small children has taken her maternal instinct with her into the lab and nurtured the talents of undergraduate researchers. Known as “Jackie’s Army,” the students she has mentored in the lab have gone on to medical school, dental school, they’ve begun careers in nursing, and have even followed in her steps in research.

Phan, who will receive a master’s in biochemistry, began as a research assistant in 2013. Since then she has helped further important research on C. diff, a serious hospital-borne illness that affects over 500,000 Americans each year. In her thesis, Phan was able to describe how her tested compounds have strong potential to protect against infection. These results were featured in the book "Antibiotic Drug Discovery" and in nine other presentations.

“The importance of her work cannot be understated,” said faculty mentor and UNLV chemistry professor Ernesto Abel-Santos. “As the prevalence of C. diff rises with the emergence of new strains, Jackie’s research is a significant contributor to finding prevention methods.”

Phan has earned a 3.95 GPA while also remaining dedicated to her mentorship and research activities. She is currently working on submitting the results of her research for publication. If the impression of her peers is any indication, her research will be published in no time. She recently won the annual UNLV Rebel Grad Slam Three-Minute Thesis Competition and went on to win second overall and the top spot for "people's choice" in the regional competition.

Vivian Sam's college career has been dedicated to helping others.

You can catch the first-generation student all over campus: She's served as a peer mentor for freshmen through the Academic Success Center; treasurer and fundraiser for UNLV's Ecology, Conservation, and Evolution Club; and an undergraduate research assistant in an applied ecology lab. She gave up one spring break to travel to California to help clean up the beach, rather than sit on it.

Nominators say Vivian's promise as a scientist, too, is underscored by a desire to help. The biology major is among ecology researchers studying seed techniques that help produce forage plants for the endangered desert tortoise. She was among volunteers who helped identify over 7,000 insects at Glen Canyon and Lake Mead National Recreation Areas, and she sorted over 3,000 photographs of animals at  Las Vegas Valley water sources as a United States Geological Survey volunteer. And her work this year organizing over a dozen student and citizen volunteers to plant more than 800 trees and shrubs at Lake Mead just outside of Las Vegas even made news headlines across the country.

Vivian's ability to take initiative and work collaboratively won her multiple scholarships throughout her undergraduate career. And nominators say those skills, along with her friendly demeanor, will without a doubt help her excel in her graduate school career and beyond.

Mechanical Engineering Ph.D. recipient Qi Shen’s bio already reads like a seasoned professor’s: 15 journal publications – including work in the high-impact Journal of Applied Physics and Nature’s Scientific Reports – book chapters, more than a dozen conference papers, and four patents. And he did it most of it in just two years while earning a stellar 4.0 GPA.

Shen works with esteemed UNLV engineering professor Kwang Kim to develop unique, pliable “smart” materials that can be digitally controlled or reshaped by electricity. The material has promise for use in underwater sensors, lifelike robotics, and life-saving medical devices.

According to Professor Kim: “While he is quite busy with his own work, Qi always makes himself available any time to assist others with their research or to simply discuss their work. His academic record, research and teaching experience, and his strong ambition make him the ideal outstanding graduate.”

In recognition of his outstanding research record, Shen received the UNLV Summer Doctoral Fellowship in 2017. He’s also revered in the classroom, winning the department’s 2016-17 Outstanding Teaching Assistant Award for his teaching and mentorship.

Upon receiving his Ph.D., Shen will join semiconductor company ASML Holdings in Connecticut as a senior design engineer. 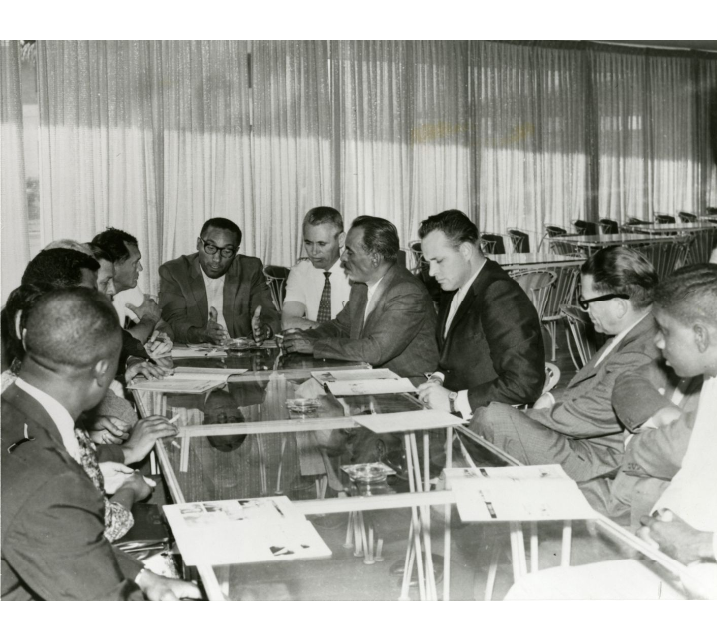