The House That UNLV Built

The Solar Decathlon team shows the world how to build a smart desert home. 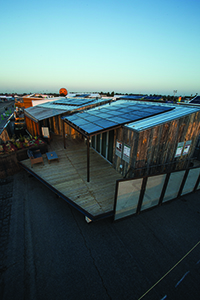 With a home that stood out for its consumer appeal and design excellence, UNLV beat out every other American university in the prestigious Solar Decathlon competition. The U.S. Department of Energy competition challenged university students to design, build, maintain, and market a sustainable solar-powered home.

UNLV's entry, dubbed DesertSol, took second overall, just behind Vienna University of Technology in Austria. It was the closest race in the competition's 11-year history; less than five points out of a possible 1,000 separated the top two teams. UNLV bested 18 other teams, including those from Stanford and the universities of Southern California and North Carolina at Charlotte. Third place went to the Czech Republic team.

DesertSol took two years and a team of more than more than 60 students to complete. They consulted with faculty and industry advisors -- including architecture professor Eric Weber and Thomas Piechota, interim vice president for research -- but had to construct the home themselves using commercially available components. The team also had secure dozens of sponsors, including NV Energy and PKMM Inc., which both contributed more than $100,000 to the project.

The prefab home was built on campus, during the heat of the summer, and then moved to Irvine, Calif., for the competition and public exhibit. Afterward, the home traveled back to Las Vegas and will become a permanent exhibit at the Springs Preserve attraction. 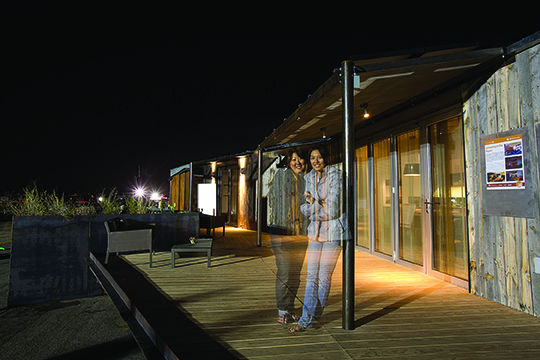 Lied Library’s Makerspace has let students dive into DIY projects. With more facilities on the way, UNLV is creating a pipeline for students to take their ideas from dorm-room dream to mass-produced products.
A Vital Program for Veterans Arrives at UNLV

A Vital Program for Veterans Arrives at UNLV