When a violent crime is committed, multiple teams mobilize. Law enforcement officers respond and contain the scene, medical personnel treat victims, and investigators start collecting evidence and statements to piece together the story of what happened and why — and that’s all before victim advocates, psychologists, attorneys, and other support professionals join the mix.

We need to draw upon the expertise of many groups in multiple disciplines to respond properly to violence, whether to assist individuals and communities who experience violence or address those accused of using violence. But with so many types of responders involved in such situations, could these professionals inadvertently work at cross purposes? 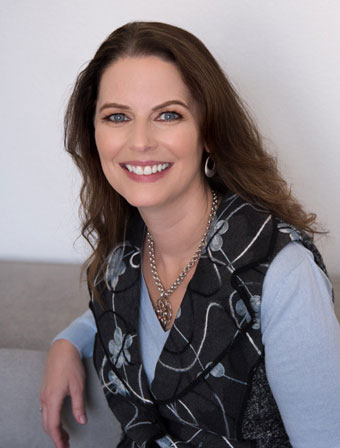 Rachell Ekroos, a nurse practitioner specializing in forensic nursing and a professor in UNLV’s School of Nursing, researches multidisciplinary responses to violence, examining ways that communication barriers and differences in practice among these groups can have unintended negative consequences for those involved in incidents of violence. She leverages this information to improve forensic nursing practice, multidisciplinary responses to violence, and the treatment and services populations affected by violence receive.

“We may have the common goal of helping people who experience violence, but our roles in doing so are different,” Ekroos said. “Some professionals unknowingly cause harm, even though their actions are based on the best of intentions. They may have individual practices that are potentially unethical or that are not data-supported or trauma-informed.”

According to Ekroos — an internationally recognized researcher, educator, and forensic nursing ethicist — a lack of interdisciplinary training is a key contributor to this unintentional harm. Compound that with the many myths surrounding perpetrators and victims of violence, and you’ve got a recipe for potentially hasty or unfounded conclusions on the part of multidisciplinary responders.

“Take, for instance, the assumption of consent in sexual assault cases because of certain physiological responses of the victim,” Ekroos said. “A person’s body can respond to physical stimuli, but that physical response does not equate to consent. Another prevalent myth is that if there is no visible injury, then no assault occurred. However, research informs us otherwise — that injuries are not observed in the majority of sexual assault cases. Multidisciplinary education is essential to debunking these myths and developing informed responses.”

Recognizing the need for multidisciplinary education grounded in evidence-based research, Ekroos founded the Center for Forensic Nursing Excellence International (CFNEI). Through a cadre of experts, the center offers multidisciplinary trainings, consulting services, and informational resources like the Multidisciplinary Sexual Assault Glossary (developed in collaboration with RTI International’s Forensic Technology Center of Excellence) — a searchable web-based resource of more than 3,500 terms, synonyms, and jargon that improves communication across disciplines.

“Another goal of CFNEI is to create a space for dialogue on often emotionally charged topics and finding a shared understanding of our different professional roles,” Ekroos said, “My hope is that, as a result, patients receive more informed services and collaborative responses.”

One of her current research projects, a content analysis of sexual assault kits, resulted from her involvement with a national work group convened by the National Institute of Justice to make multidisciplinary best practice recommendations for sexual assault kit evidence collection. Ekroos began to realize that when workgroup members referred to sexual assault kits, they weren’t necessarily talking about the same thing; the context of members’ understanding was often limited to the kit used in their jurisdiction or practice setting.

Ekroos collected sexual assault kits from multiple jurisdictions and brought them to the next in-person meeting. The spectrum of kits ranged from 9x12x3 boxes filled with supplies, detailed instructions, and documentation forms to brown paper bags that people filled on the fly with items grabbed off a shelf.

In viewing the various kits, the workgroup began to recognize the individual assumptions they’d been making about what kits looked like and what contents the kits held. They realized how evidence collection was conducted differently, depending on the kit used.

Ekroos was not surprised by the inconsistencies in evidence collection practices. “I learned that people’s knowledge of a sexual assault kit may be very localized to what they know in their facility, city, county, or state,” Ekroos said. “If they’ve never worked or practiced elsewhere, they may not be familiar with other, potentially better, sample collection tools and practices.”

The kits provided proof, so to speak, that evidence collection practice varied greatly from location to location, which, in turn, may have positive and negative implications with respect to medical forensic exams as well as outcomes for patients, investigators, forensic professionals, and adjudicators. Because of the kits’ inconsistencies, Ekroos suspected that some patients were receiving more comprehensive or well-informed examinations than others.

With the help of nurse practitioner colleague Lauren Traveller and UNLV graduate student Axenya Kachen, Ekroos is comparing kits as well as exploring how variations across kits may affect medical forensic exams and investigative processes in sexual assault cases. The researchers plan to use this information to work with stakeholders toward establishing minimum standards for sexual assault kits at state and national levels.

Ekroos’ research-based advocacy doesn’t stop there. After meeting with agencies in rural and urban communities all over the state, she co-founded Nevada HealthRight, a nonprofit clinic to provide medical forensics training for clinicians as well as clinical services for populations affected by violence.

Since joining UNLV in March 2017, she’s started exploring collaboration opportunities with criminal justice professor Alexis Kennedy, an expert in human trafficking research, and has begun working with Johan Bester, director of bioethics in the School of Medicine, to plant the seeds of their dream project: a center of ethics at UNLV.

“I’ve been in Nevada since 2012, and I have been absolutely amazed at how open people are to collaborations, improving services, and receiving education and training,” Ekroos said. “Change is a process, not an event, and it doesn’t happen in isolation. I was trying to find a place to house the response to violence as a public health issue, and I was welcomed with open arms to bring my work here and contribute to something significant that will make a difference.”

Improving Support for Survivors of Domestic Violence, Shooting for Progress, Inside the Clinical Simulation Lab

Groundbreaking discovery was the norm for Rebel researchers in 2022. Here's a selection of our favorite news-making UNLV research highlights from the year.

A long-duration gamma-ray burst observed in late 2021 revealed signatures typically associated with short-duration bursts, forcing puzzled scientists to create a new model for the origin of this unique burst.

Wellness expert and medical school professor Anne Weisman shares tips from her mind-body training that anyone can use to de-stress and find balance during the holiday season.