After Nearly a Decade, the Advanced Engineering Building Sees the Light of Day

Thanks to the tenacious support of UNLV leadership, NSHE, and a host of elected and community supporters, groundbreaking for new building has begun.

Construction work officially began on UNLV's Advanced Engineering Building in January with an expected opening in spring of 2024.

It was 2014 and then-interim dean of the Howard R. Hughes College of Engineering, Rama Venkat was interviewing for his role permanently.

“I remember Fred Cox, a college advisory board member, asking me what my vision for the College of Engineering was and what I thought the college needed most,” said Venkat. “I had been interim dean for a few years already and stated that the college needed a new building to support the anticipated increased growth in engineering student enrollment and research labs for our faculty.”

Since that time the college’s enrollment has more than doubled to over 3,000 students, grant activity is higher than ever, and UNLV has reached Carnegie R1 “Very High Research” status.

To students and campus visitors crisscrossing their way past the fencing and walkway detours on the north side of campus, it may look like just another construction project. But for Venkat and others involved in the Advanced Engineering Building, the groundbreaking came after nearly a decade of planning, fundraising, and overcoming challenges – again and again – to help build the future of UNLV and of Nevada.

An Idea is Born

The college’s first building, the Thomas T. Beam Engineering Complex opened in 1988, the same year the college was established. It would be two decades before the Science and Engineering Building opened, a shared flexible laboratory and teaching space. But even as SEB expanded UNLV's research facilities, it was recognized that engineering would need additional space of its own to grow into.

By 2030, the college is projected to have more than 5,000 enrolled students, be graduating 500 students annually, and be producing $20 million in research grants. But to meet that need, the college needs more space to house professors, more labs for graduate research, and more collaborative spaces for undergraduates to get innovative.

But idea for the new building, born during The Great Recession, was bound to face an uphill climb. After a space data comparison showed comparable colleges had on average 93% more engineering space than UNLV, the idea started to gain serious traction. It would have to go through five UNLV presidents between then and now to survive.

“A change in leadership means a potential realignment in university priorities,” states Venkat. “We have been incredibly fortunate to have always had the support of our UNLV presidents and key university leaders, and are grateful for that.”

By 2017 the state had allocated $1.75 million in funds, to be matched by UNLV, to begin planning of the new engineering building. The State Public Works Board selected an architect and construction firm and planning and design began. Early efforts resulted in the first major private donation to the building as well, a $1 million gift from Buck and Aurora Wong.

Everything was on track with additional corporate donors joining the chorus of support and $20 million in state funding allocated to the building during the 2019 legislative session.

The Month That Changed Everything

Then COVID-19 hit, altering just about everything. The economic repercussions to UNLV, the state and its citizens were tremendous. An emergency session of the Legislature in spring 2020 resulted in major state budget cuts that were felt at every level, including the cancellation of the $20 million in state funding for the building.

But even as planning stalled and the community regrouped, hope was not lost. The forward momentum which had been gained was simply paused. While the cloud of COVID continued to hang over the state, as soon as the initial economic emergency was past, the 2021 Legislature included $36.8 million for the Advanced Engineering Building in its Capital Improvement Projects bill. Activity on the building was back on.

“The Howard R. Hughes College of Engineering plays an important role in helping Nevada address its workforce needs and expand its economic development efforts,” said Keith E. Whitfield, President of UNLV. “Now more than ever it’s critical UNLV reinforce its commitment to our corporate partners and our community as a whole.”

The new building is about more than just creating square footage. Nevada’s economic future hinges on the state’s ability to not only help existing industries innovate but attract new ones, particularly those grounded in science and engineering. To accomplish that, UNLV is committed to creating the infrastructure needed to educate the engineers of tomorrow and provide the research space to strengthen the University’s R1 research status.

With an emphasis on emerging and transformational technologies, the Advanced Engineering Building will host state-of-the-art labs for fostering cutting-edge research in areas including biomedical engineering, big data and cyber security, artificial intelligence, water resources and more. It will increase the potential for research revenue through collaboration with industry, community and government partners, and provide hands-on experiential learning with a ground-floor undergraduate collaborative makerspace.

The future for the Advanced Engineering Building, UNLV engineering students and the state is indeed looking bright.

In addition to funding allocations from the state of Nevada and UNLV, the Advanced Engineering Building has received financial support from numerous private donors including:

The Howard R. Hughes College of Engineering continues to fundraise for this important project. Contact Jack Aylor at jack.aylor@unlv.edu to discuss gift giving and naming opportunities. 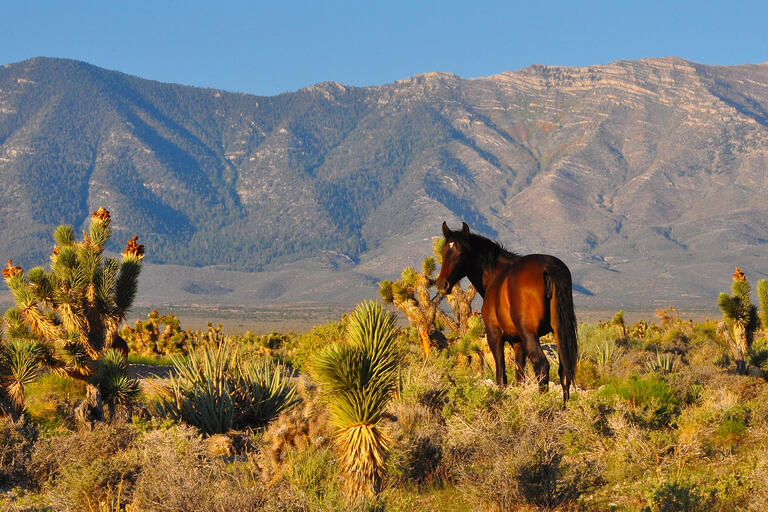