My Nevada 5: Breakthroughs in Community Health

UNLV professors weigh in on some of the state’s big battles and quiet victories in community health.

Experts in the School of Community Health Sciences compiled this list.

Nevada's unique environment -- both physically and politically -- has borne a number of challenges for community health workers. Programs and regulations to address public health issues can lead to debate between the common good and individual rights. Here are five ways officials have battled for better health care, and won.

Fluoridation of community water supplies to prevent tooth decay is recognized as one of 10 great public health achievements of the 20th century. Yet, Nevada waited until the new millennium to implement this public health intervention -- and almost didn't do it. 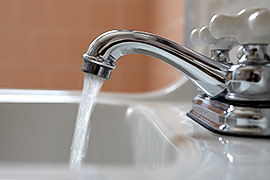 During the 1999 Legislative session, Nevada lawmakers disagreed along north-south lines about increasing fluoride in the water supply. The south was for it and the north against it. A compromise was struck to require only communities with populations of more than 350,000 to fluoridate. That meant only Clark County had to meet the requirement, but since this covered about 70 percent of Nevadans, this was a great step forward. An environmental group sued the state health officer for "poisoning the water supply" and tried to stop the fluoridation. The case went to the Nevada Supreme Court but was finally thrown out in 2002.

As of 2013, oral health in Clark County has improved dramatically in children, but not in the north. (Mary Guinan)

While injuries, such as those from motor vehicle crashes, tend to grab public attention, serious mishaps can hit us where we feel safest -- at home. Our homes can also be rife with invisible hazards that inflame such medical issues as asthma. 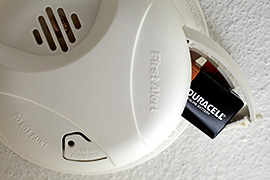 The Nevada Healthy Homes Partnership, established in 2009 with the help of UNLV, is a network of health and housing professionals across the state. The partnership has helped hundreds of high-risk Nevada households by identifying and addressing hazardous conditions in homes.

The most common household-related injuries in Nevada are falls, poisonings, burns, choking, suffocation, and drowning. People often view injuries as accidents -- i.e., unavoidable. But in fact, most can be prevented by knowing and implementing the appropriate safety measures.

Environmental asthma triggers are one of the greatest concerns. Currently, more than 8 percent of children in Nevada have asthma, which is slightly higher than the rest of the country. Asthma is a costly disease in terms of health and missed school/work.

Common asthma triggers are often found in the home (e.g., dust, pet hair, and cockroaches). The Healthy Homes partnership helps families eliminate these triggers, through education and the distribution of supplies like allergen-reducing pillow cases/mattress covers and cockroach bait traps. The partnership believes asthma prevention can start at home.

Nevada is now a leader among states in implementing such an innovative, community-based safety program geared to improve the quality of life of our residents. (Michelle Ching and Jennifer Lucas)

In 2006, Nevada finally passed a statewide indoor smoking ban, albeit with some exclusions for bars and casinos. It was an unbelievable victory by the anti-tobacco coalition, which had worked for years to get it passed. 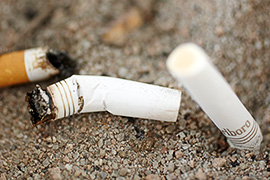 State legislators refused to bring smoking ban legislation to a vote in the capitol building despite two advisory initiatives by voters. So Nevadans took it to the people in the form of a ballot initiative. Millions of dollars were spent to block the initiative but it passed by 54 percent of voters. Yes, democracy is alive and well in the Silver State, and we are all breathing a little better and living longer as a result. (Mary Guinan)

When people think about the dangers associated with candy, cavities and diabetes come to mind -- they don't think about their candies being contaminated with lead. Lead is a naturally occurring metal, but it's extremely harmful if it gets in our bodies, particularly for young children. 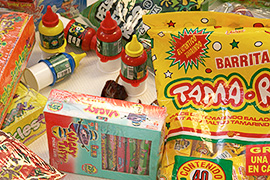 So, in 2005, when researchers at UNLV identified a number of imported candies that were contaminated with lead, the race was on to get the lead out. UNLV partnered with the Southern Nevada Health District, which issued a cease-and-desist order to local markets to prevent the sale of the candies suspected of poisoning children.

Childhood lead poisoning remains an issue in Nevada, but progress continues in the battle against this preventable disease. (Mackenzie Burns)

Treating a pregnant woman with antiviral drugs during labor and delivery prevents HIV transmission from mother to newborn. In 2006, three infants were born in Nevada with HIV infection because the mother's infection had not been detected before delivery. A coalition of public health workers and child advocates from all over the state met at UNLV on World AIDS Day in December 2006 to tackle the issue. They began the process of creating a bill that would ensure that all pregnant mothers were tested for HIV infection before delivery. The bill passed during the 2007 legislative session and Nevada was the first state to enact a prevention of newborn HIV infection bill.

Since 2007 no case of newborn HIV infection has been reported in Nevada. (Mary Guinan)

Mary Guinan is the founding dean of the School of Community Health Sciences at UNLV. She is a physician/scientist and a professor of epidemiology and community health. She was among the first scientists in America to identify the emerging AIDS cases of the 1980s as part of an epidemic and has been a leading researcher on sexually transmitted diseases for more than 30 years.

Michelle Ching, '12 MPH, is currently a doctoral student and part-time instructor for the UNLV School of Community Health Sciences. She also is a lead hazard and Healthy Homes specialist for the Henderson Lead Hazard Control and Healthy Homes Program. Her research interest is in injury prevention, particularly for the elderly population.

Mackenzie Burns, '10 MPH and current PhD student, teaches part-time for the UNLV School of Community Health Sciences and works full-time managing a grant for the school's department of environmental and occupational health. Her research focuses on environmental health risks to children (e.g., lead poisoning, asthma) and other housing-based health hazards.

Jennifer Lucas, '12 MPH, is a public health PhD student in the UNLV School of Community Health Sciences. She has worked on various projects while at SCHS, including MPH accreditation, quagga mussel research, and childhood asthma prevention.

health and medicine,  My Nevada 5

UNLV, City of Henderson Receive $2.3M from HUD to Remove Lead from Older Homes, Running the Numbers on Asthma

Public is invited to volunteer for Sleep in Heavenly Peace on April 30 at Thomas & Mack Center; goal of 100 beds in one day would set local organization’s record.