My Nevada 5: Admired and Reviled Politicians

Historian Michael Green on some of our greatest (depending on how you look at it) political leaders.

This piece comes from UNLV history professor and alumnus Michael Green, ’86 BA and ’88 MA History. He has written numerous books on the Civil War and on Nevada gaming history and politics, including Nevada: A History of the Silver State. During the fall 2016 semester, he is teaching "Great Personalities: History of Presidential Campaigns and Elections" as part of UNLV's curriculum related to the 2016 Presidential Debate.

In 1966, just after the state's centennial, a muckraking scholar, Gilman Ostrander, published Nevada: The Great Rotten Borough, 1859-1964. The title referred to the idea that a state with a small population -- Nevada ranks 35th out of the 50 states today, and was smaller then -- could have too much power. Worse, Ostrander argued, Nevada's leaders invariably were corrupt or sought to serve themselves more than the people.

That certainly was true of some of them. But others have been visionary or courageous while also suffering from plenty of failings and frailties. Here are five Nevada politicians (with no current officeholders included) we can admire for some reasons and revile for others, but whose longterm importance to the state is indisputable. 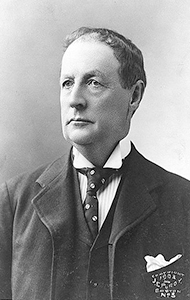 Newlands was a racist, fearful of Japanese immigrants and in favor of repealing the 15th Amendment. Unfortunately, that was typical of many of the pillars of the Progressive Era of the early 20th century. But he saw that the West's best chance for prosperity was to manage its land and water effectively. His support for reclamation culminated in the 1902 act that bears his name. It led to dam building throughout the West, including the Newlands Project, which has boosted the agricultural industry in northwestern Nevada, near the Truckee and Carson Rivers. It also prompted the creation of the Bureau of Reclamation, and both his idea and this agency were crucial to building that big hunk of concrete in the Colorado River that provides southern Nevada's water and thus makes Las Vegas, as improbable a place as it is, possible. 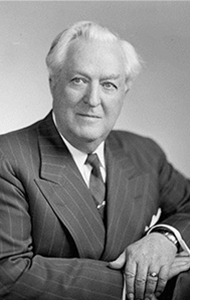 A witch-hunter who saw communists behind every bush, he was behind two legislative acts later held to be largely unconstitutional: the McCarran Internal Security Act, which ignored First Amendment rights, and the McCarran-Walter Immigration Act, which targeted eastern Europeans. That's why some critics have called for his name to be removed from the nation's fifth busiest airport. But McCarran legislation also helped shape the aviation industry, and his power on Capitol Hill helped deliver the land to build the airport in the first place. He played key roles in the building of Basic Magnesium, the industrial plant that gave rise to Henderson, and the Las Vegas Army Air Corps Gunnery School, now Nellis Air Force Base. He also defended the gaming industry from congressional attacks, aiding in its growth. His patronage enabled about 50 young Nevadans to pay their way through law school, come home and influence their state, including Senator Alan Bible, Attorney General Harvey Dickerson, and the next name on this list. 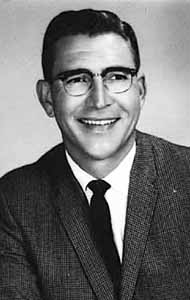 Elected governor before his 40th birthday, Sawyer campaigned for better gaming control and assured African American voters that he was on their side. He kept his word. As governor, he supported creation of the Gaming Commission, which still oversees regulation, and the Black Book that excludes criminals and cheaters from casinos; he also backed his regulators when Frank Sinatra violated his gaming license by hosting Chicago mob boss Sam Giancana at his hotel-casino. Sawyer pushed through creation of the Nevada Equal Rights Commission and pressured casino owners on behalf of civil rights. After losing his bid for a third term, he formed a law firm that remains one of the state's largest and most influential, Lionel Sawyer & Collins. 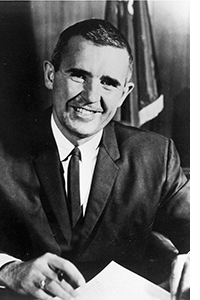 The son of a Basque sheepherder and a boardinghouse operator, Laxalt served as a district attorney and lieutenant governor before defeating Sawyer for reelection. He eased Howard Hughes' way into Nevada gaming, improving the reputation of the industry and state, and encouraged Hughes' donations that helped start the medical school and the community college system. More important, he backed the Corporate Gaming Act, which made it easier for corporations to buy or invest in Nevada casinos, in hopes that it would help drive out the mob. During two terms in the Senate, Laxalt became known not for legislation or pork-barrel projects, but for being President Ronald Reagan's closest friend. That proved important to Nevada's image, too -- Laxalt brought Nevadans to key government posts and thereby helped convince others that not everyone in Nevada was a mobster. 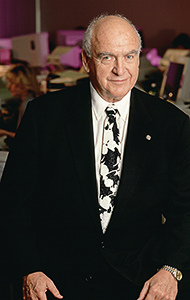 A war hero-turned-schoolteacher-turned government administrator, the hard-driving O'Callaghan pushed the legislature to pass a fair housing law that made racial discrimination in housing illegal, won bigger budgets and services for the mentally and physically challenged, created environmental agencies, streamlined state government and avoided significant tax hikes during a period of economic difficulty. His gaming regulators targeted mobsters who controlled numerous Strip hotels. One of his appointees, Harry Reid, once O'Callaghan's student at Basic High School and later his lieutenant governor, chaired the Gaming Commission at the height of these battles. After leaving the governorship, O'Callaghan was an editor and columnist at the Las Vegas Sun and the Henderson Home News and Boulder City News, remaining a force in Nevada politics until his death in 2004.

Rebels From the Beginning

Tips from Risk Management & Safety help ensure no one gets left out in the cold this holiday season.