It is a common refrain among the legal community that law school teaches students to think like a lawyer, but not necessarily the mechanics of practicing law. Law professors are constantly challenged to show their students the real-world implications of their studies, a glimpse of what awaits after graduation.

Intellectual property law – the world of patents, copyrights and trademarks – can be technical, complicated and at times dense. Yet, it touches on every aspect of daily life, from the images people see to the apps and products people use. Experts in patent law, thanks to the current pace of technological advancement and the flood of gadgetry on to the market, are in particularly high demand.

Trimble, who alternates teaching the advanced intellectual property law seminar with professor Mary LaFrance, often brings in guest speakers to help bring the law to life for her class.

“My primary goal is to keep students excited about intellectual property law,” Trimble said. “I want to show them all the facets of the issues they are interested in.”

This year, she invited Betty Willis, the designer of perhaps the world’s most famous “welcome” sign. Willis never claimed copyright to her work, and the sign is iconic today, at least in part, because there were never any restrictions on its use. Now, Willis’ work can be found on posters, ashtrays, key chains, shot glasses, shirts, mugs, and countless other items.

“In class we talk about creators and the importance of intellectual property to artists, but it is such a rare opportunity to have a real artist who can discuss legal issues with us in class,” Trimble said. “Willis was an absolutely phenomenal artist in our town who contributed so much to the city in the specialized area of art signs, facades, and other displays.”

Willis died on April 19, 2015, at the age of 91, and by the time of her scheduled presentation a month before, she was already bedridden. Willis’ daughter, Marjorie Holland, stepped up to fill in for her mother and presented to the class.

In the mid 1950s Ted Rogich, a salesman at Western Neon, pitched Clark County and the Las Vegas Resort Association on the idea of a sign to welcome visitors that would match the grand marquees of the casinos. Willis – who also designed the sign for the Moulin Rouge, Las Vegas’ first integrated casino, and the Blue Angel Hotel – was Western Neon’s lone artist. She designed the sign based on Googie architecture and picked the unique horizontal diamond shape to make it instantly recognizable. The sign was built and installed for $4,000 in 1959. It would gradually become one of the most recognizable images representing Las Vegas, and its ubiquitousness and history make it an interesting case study.

The sign was added to the National Register of Historic Places in 2009, and Clark County has spent nearly $1 million to build parking around the sign so visitors eager to snap a shot in front would stop risking their lives scurrying across busy Las Vegas Boulevard.

Willis, who labored over every detail from the “Welcome” lettering to the distinctive ring of yellow light bulbs, always said the sign was her gift to the city and never considered copyrighting it. Western Neon closed down. Given the nebulous nature of who owned the creative rights to the sign, the students jumped into discussion with Holland.

“I used to be a crime scene analyst for Metro Police, so I was ready for a grilling like I used to get from attorneys in court,” Holland said. “Well, the students didn’t grill me like that, but they brought up a lot of good questions and points.”

First, the students dug into the details of Willis’ work, her contract with Western Neon, and who commissioned the sign.

“I grew up in Las Vegas, and there is a lot of folklore about the sign,” said Erica Bobak, one of the six students in the seminar. “I was under the impression she actually owned the rights and at some point formally gifted it to the city.”

At the heart of the discussion was the balance between protecting one’s intellectual property and how that may impact the success and dissemination of the work.

“If it had been protected, I don’t think the sign would have come to fruition the way that it did,” said student Adam Estrada. “It wouldn’t be on key chains and bottle openers and all that stuff, and it wouldn’t be as recognizable. It’s iconic now because using it was so easy.”

Willis was also one of very few women who worked in sign design, and the discussion drifted into issues of gender equality in the workplace.

“My mother did lament that she was always paid less than the men doing the same work,” Holland said. “She always said, ‘Just because I’m a woman doesn’t mean I don’t have a family to support too.’”

Elizabeth (Won Hee) Do, a student in the seminar who grew up in Korea, said she was intrigued to hear about issues for working women because the United States is often seen as ahead of the curve internationally in equal employment.

“It was eye-opening in terms of the history of women in the workplace,” Do said.

The six students in the class all worked on their own research papers during the course of the semester. Illustrating the diverse areas that intellectual property law touches, the topics included hip-hop music, Korean patent law, artificial intelligence, software patents, and financial methods.

Each student was assigned individual readings tailored to their research topic, and the presentations throughout the semester, including Holland’s, helped them see their own subject areas in a new light.

“The sign is instantly recognizable and it’s been appropriated in every way you could think of, so it’s kind of sad she and her family received no financial benefit,” said Bobak, who researched intellectual property law in fashion. “There is a parallel between her story and the fashion industry … Our system is held to be the international standard, but a lot of very important things in fashion fall through the cracks and the creators of original pieces very often don’t get the credit due to them.”

Betty Willis Saw Welcome Sign as Gift to the City

When Western Neon handed Betty Willis the assignment to create a sign for the city that rivaled the bright lights of the strip, she immediately recognized the weight of the task. She drove up and down Las Vegas Boulevard looking at signs for inspiration and strove to create something unique and eye-catching.

It was her gift to the city from the moment she started, but even she couldn’t have imagined its long-lasting impact.

When it went up in 1959, it was just another sign produced by Western Neon. Willis got as much credit as the welders and glassblowers who worked on its construction, which is to say not much at all.

“My mother called it the little sign that could,” said Willis’ daughter, Marjorie Holland. “It just kept growing and evolved into this symbol of the city.”

Willis and the family never considered copyrighting the sign and never looked into what legal standing she had. Willis never copyrighted any of her work, including designs she created as a freelance artist.

“If the sign had been copyrighted or protected in some way, it would never have grown to be the symbol that it is,” Holland said.

It wasn’t until The New York Times wrote about Willis in 2005, during Las Vegas’ 100-year anniversary celebration, that she started to get widespread recognition and attention for her contribution to the city’s iconography, according to Holland.

“Later in life she was often invited to give talks and such, and she was always asked why she didn’t copyright it,” Holland said. “She would always say, ‘If I had copyrighted the sign, it probably wouldn’t have been used as much and wouldn’t be as famous. But, it would be nice to have a dime for every time it’s been used.’”

Western Neon might have had the original rights to the sign, but the company closed. Holland acknowledged it is unclear whether or not her mother could have made a claim to copyright the sign, since she created it as part of her job at the company. 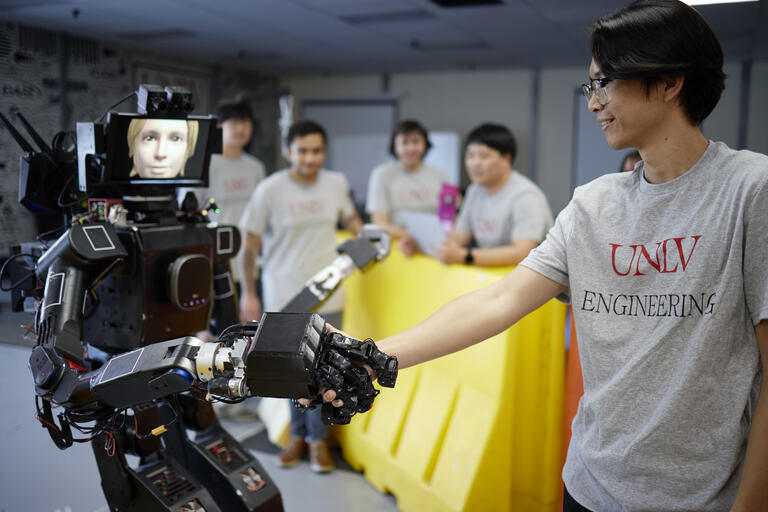 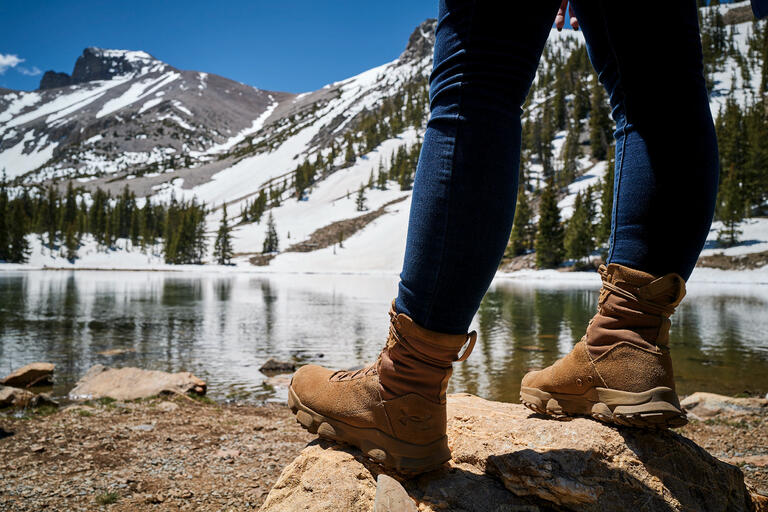