A Rebel hall of famer? Nah, thought Amanda Bingson as a high schooler. In fact, the greatest thrower in the history of the Rebels’ proud track and field program did not even see herself setting foot in a college classroom. But the Las Vegas native and graduate of Silverado High School was essentially given no other choice but to attend her local university by her mother, Sue.

“After high school, I just wanted to be done and go work, but my mom told me I wasn’t allowed to,” said Bingson. “After a strongly worded conversation, I decided to walk on at UNLV. Mothers really do know best because it turned into the best decision I ever made.”

Once on campus, Bingson’s coaches had her take up a new discipline: throwing the hammer. Another good move. Her rapid progression saw her win the Mountain West championship in the event three straight seasons en route to becoming the first athlete in conference history to earn Most Outstanding Performer three times in a career.

Bingson credits her improbable rise to lessons learned while helping out at her family’s small construction company.

“Working at the job sites, digging holes, and laying concrete — I learned the importance of having a strong back, a strong work ethic, and finishing the task at hand.”

Bingson won the first of her three All-America honors in 2011 by finishing fourth at the NCAA Championships. One year later she improved that finish to third nationally outdoors after also earning an indoor All-America nod in the weight throw. She moved from collegiate star to national sensation with a second-place showing at the U.S. Olympic Trials held at Nike’s World Headquarters in Oregon. Her stunner of a throw earned her an-earlier-than expected spot on Team USA and allowed her to represent her country at the London Games, where she finished 28th.

Turning pro after graduation she competed around the globe and in 2013 set the U.S. record with a throw of 248 feet, 5 inches. Bingson gained further fame by being featured in the annual ESPN Magazine The Body Issue, which thrust her into becoming a high-profile advocate for body positivity for women.

Now retired from athletics and working as a paramedic in Texas, Bingson returned to campus for last month’s ceremony where she was inducted into the UNLV Athletics Hall of Fame as part of the 11-person class of 2022.

“I thank everyone who had a hand in this – my family, my coaches and this university,” Bingson told a sellout crowd that included her mother and fiancée, Simeon Daylong. “After being raised in Las Vegas and representing the school and the city around the world, getting into the hall of fame is the cherry on top for my career.”

Seven different Rebel sports were represented in the UNLV Athletics Hall of Fame Class of 2022 this spring. In the first such event in five years, six former Rebel standout players, one head coach, and a longtime staffer were inducted along with a pair of distinguished contributors. 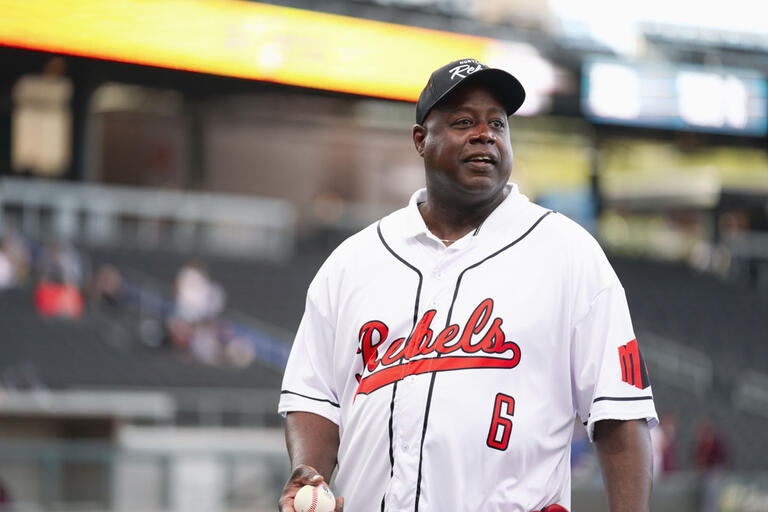