Ben Morse is an expert on digital media, social media, and public relations, and on the role of superheroes and comic books in society.

Morse spent more than a decade in the digital/new media at Marvel, most recently as Editorial Director of Digital Media. Morse hosted the popular "This Week in Marvel" podcast, livestreamed coverage of the yearly Comic-Con events in San Diego and New York, worked on a number of video, writing and website projects - including Marvel's 75th anniversary website, and he produced " Marvel Super Heroes: What The--?!," a stop-motion animated comedy series.

Morse previously worked as as staff writer for Wizard Magazine, a print and digital periodical covering popular culture, with a focus on movies, television, comic books, and video games.

A visiting lecturer for the Greenspun School of Journalism & Media Studies, Morse teaches classes on social media and public relations, and he helps lead the school's burgeoning digital media agency.

Benjamin Morse In The News

‘Cool to be a nerd’: Fellowship formed among Vegas toy collectors

‘Cool to be a nerd’: Fellowship formed among Vegas toy collectors
Steve Johnston’s interest in amassing a hoard of toys and action figures began when he was young. What started as a small trading hobby at age 14 became his profession — he’s the toy expert on the Las Vegas-based reality television show “Pawn Stars.”
UNLV journalism school&#039;s &#039;Rebel Media Group&#039; promises job funnel for graduates

UNLV journalism school's 'Rebel Media Group' promises job funnel for graduates
Graduates of the Greenspun School of Journalism and Media Studies at University of Nevada, Las Vegas will now be given a direct path to employment.
EXPECTATIONS FOR DISNEY PLUS AND MARVEL’S WANDAVISION
Checkpoint XP
EXPECTATIONS FOR DISNEY PLUS AND MARVEL’S WANDAVISION
If you’re still on the fence about it, hop-off and sign up for Disney Plus because WandaVision is likely to change the whole game. Marvel Studios has taken us on a 10+ year journey unlike anything ever seen in film. They’re now expanding their original content to the small screen on a scope that has yet to be seen. We’ve collected expert opinions from all over the CheckpointXP stratosphere from our hosts to some of our closest friends and colleagues. What exactly can we expect from WandaVision’s debut?
What&#039;s It Like to Be a Creative Mind Behind Marvel Themed Entertainment?
Marvel
What's It Like to Be a Creative Mind Behind Marvel Themed Entertainment?
Marvel has an extended family that stretches far and wide. Over the past decade, countless figures have joined the House of Ideas, often coming from an equally wonderful world with its own tenured pedigree. The Creative Director of Marvel Themed Entertainment, Brian Crosby, blends the universes of Marvel and Disney as a fan-turned-fixture of the former who got his start working with the latter! And hey, you might've even seen him recently leading livestream How To Draw episodes about Spider-Man and Groot!
All Benjamin Morse In The News

The Morse Code of Journalism 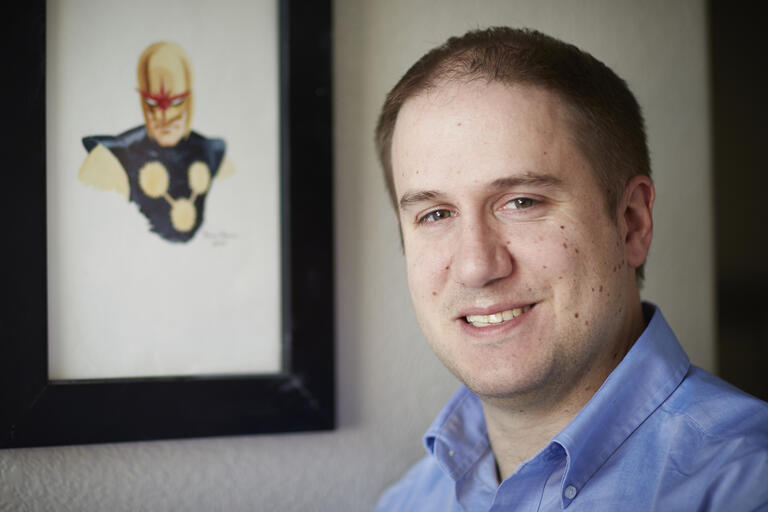 The Morse Code of Journalism