In the second of the PAC series of student performances, "Letters Home" features letters, cards, and articles written by soldiers who served in Iraq and/or Afghanistan (and their families).

The UNLV Performing Arts Center proudly presents its second of a series of student performances — Letters Home featuring letters, cards, and articles written by soldiers who served in Iraq and/or Afghanistan (and their families) at 7:30 p.m. Nov. 6. Kevin McDowell Stevens and Skylar Schock are each pursuing an MFA in performance from UNLV.

Skylar Schock is an actress and producer. Recent film roles include Mel and Ruby directed by Oran Zegman and the award-winning dark comedy, She Had it Coming, directed by Gedde Watanabe. She also has recently appeared as Rosalind in As You Like It, in productions of Pride and Prejudice (CCPT), and a one act by Qui Nguyen at Cino Nights (Rising Phoenix Repertory). She is a graduate of the UCLA Professional Program in Acting for the Camera and served as a teaching assistant for the Producing Program under Tom Nunan. Schock also trained at the Stella Adler Professional Conservatory and with master Meisner teacher Kathryn Gately.

Free, but RSVP is required.

The UNLV Performing Arts Center is Southern Nevada's first home for the arts; it opened in 1976 and celebrates its 45th season this year. It hosts a variety of performances and events and is home to productions presented by the Nevada Conservatory Theatre, UNLV School of Music, UNLV Dance, Desert Chorale, and the Southern Nevada Musical Arts Society. The UNLV PAC also has been pleased to host various Clark County School District fine arts festivals and concerts. 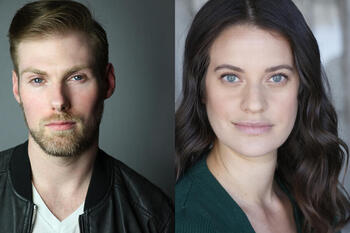