‘Orange is the New Black’ has mirrored real-life circumstances of women offenders since its debut in 2013.

As the popular Netflix drama "Orange is the New Black" comes to a close in July 2019, Emily Salisbury, associate professor of criminal justice at UNLV, explains that the pathway to crime for women offenders more frequently follows the "trauma-to-prison" pipeline, as opposed to the "school-to-prison" pipeline that men encounter. (Aaron Mayes/UNLV Creative Services)

The Litchfield Correctional Facility in upstate New York might be the fictitious background of Netflix’s hit series “Orange is the New Black.” But the stories of the inmates — portrayed by Hollywood actresses — could be easily found throughout real women’s prisons across the U.S. and other countries.

Stories of domestic violence, poverty, abuses of power, and navigating challenging and complex family relationships both inside and beyond the prison walls. But above all, stories of resilience, strength, and the pursuit of justice.

Emily Salisbury, an associate professor of criminal justice at UNLV, confronts the real stories of incarcerated women through her research on women offenders, and the ways that prisons can support this population through risk-assessment and rehabilitation.

“It’s really important to recognize that incarcerated women don’t just have problems, they have a lot of good things that they bring to the table, too,” she said. “The fact that these women are alive and breathing and vertical is incredible. It’s a testament to their resilience and strength.”

Salisbury is part of the team that created the Women’s Risk Needs Assessment (WRNA) instruments — a suite of correctional assessments specifically designed to measure the needs and strengths of justice-involved women using a trauma-responsive approach. To date, the WRNA has been implemented in 23 states and various countries.

“I help agencies implement gender-responsive strategies and help them to understand that women behave very differently than men in an incarcerated setting for very specific reasons,” Salisbury said. “We have to acknowledge that gender makes a difference.”

With the seventh and final season of the popular Netflix series on the docket for next month, we sat down with Salisbury to understand how, and if, conditions for incarcerated women have improved since “Orange is the New Black” debuted in 2013.

Six years after the debut of the hit Netflix series "Orange is the New Black," how have conditions changed — if at all — for incarcerated women?

Some things have definitely improved within the federal system for women since the Federal Bureau of Prisons created the female offender division. It used to be just one person overseeing all 29 of the women’s prisons in the federal system. But now there’s a small team of people — about four or five positions — who work in Washington, D.C. on behalf of incarcerated women at the federal level. But there is a very, very, long way to go.

At the state level, 23 different states have implemented the Women’s Risk Needs Assessment (WRNA), and other states, including Nevada, are considering it. The tool, which I helped to create, helps us to understand the likelihood of women offenders engaging in future criminal behavior. If we ask the right questions — based on women’s unique needs and circumstances and focus on areas predictive of their success or failure in prison or on probation — that will lead us to providing the right kind of services for them. Otherwise, they may continue to cycle in and out of prison.

In the U.S., Oregon has really made inroads on improving the conditions that women face in prison, and Connecticut has done incredible work as well. Outside of the U.S., Singapore and the U.K. are examples of countries that are starting to do some really important work on behalf of women prisoners.

What are the biggest policy issues affecting incarcerated women today?

There aren’t enough rehabilitation programs in prison for women, or for men. Typically, rehabilitation makes up about 2 percent of any prison budget. Legislators, and those who are in positions of power, need to understand that rehabilitation can work. It is one of the most successful ways we can work with offenders, particularly women. We can no longer have conversations about public safety without treatment and rehabilitation.

The biggest policy issue today is that we have the same policy procedures and practices for women as we do for men, which can lead to discrimination. Men make up 93 percent of the prison population, and so naturally, the focus tends to center on men, but then things can backfire. For example, up until the WRNA was developed, every risk assessment tool had been based on men and then applied to women.

I help agencies start to realize that you can’t take a one-size-fits-all approach. On the whole, women are far less violent than men. Women also have higher rates of co-occurring mental health and substance abuse issues. Their pathways to crime also look different. For men, you hear a lot about the “school-to-prison” pipeline; but for women, it’s more frequently the “trauma-to-prison” pipeline. Women prisoners, oftentimes, are just trying to navigate and find safe relationships with other inmates and staff members because of the vast amount of trauma they’ve experienced.

Have shows like “Orange is the New Black” done anything to shed light on the issues that incarcerated women face?

Yes. “Orange is the New Black” has brought the issues of incarcerated women into the national consciousness, and I think that’s a positive thing. Piper Kerman, the author of the book upon which the show is based, has done an incredible job of highlighting the stories of incarcerated women. I’d also give her credit for recognizing that she — being white, very affluent, and very well educated — does not represent the prototypical female offender. We have far more women of color who come from very poor socioeconomic backgrounds in comparison to what her story is. And I think the show has highlighted that in some ways.

I also worry that Hollywood sometimes frames the plight of a woman in prison in violent, hypersexualized ways. When searching for “woman prisoner” in a stock photo database, I found that almost every other photo depicted a woman who was bound up, or a woman who was naked. It’s very shameful and sickening because we know how much trauma these women have experienced.

What should Hollywood be mindful of when portraying stories of offenders and the criminal justice system?

In some respects, I think it’s important that popular culture tells the story of women offenders. But if Hollywood is in it just for sensationalism, and portrays women offenders only as victims, neglecting the resilience that they have, and the empowerment they can bring to our communities once released, then it’s harmful.

One program that I find terribly harmful is “Beyond Scared Straight.” The show takes at-risk kids into prisons and asks the inmates to scream at them, and to put the fear of God into them. There’s a ton of research that shows that that kind of behavior actually harms children, and increases the likelihood that they’re going to engage in more antisocial and delinquent behavior. Instead of modeling prosocial behavior, it’s continuing to model antisocial behavior for kids who have been yelled at their whole lives.

One incredibly powerful television series is the Redemption Project on CNN. It’s based on principles of what we call restorative justice, and the healing that can occur between victims and their perpetrators. 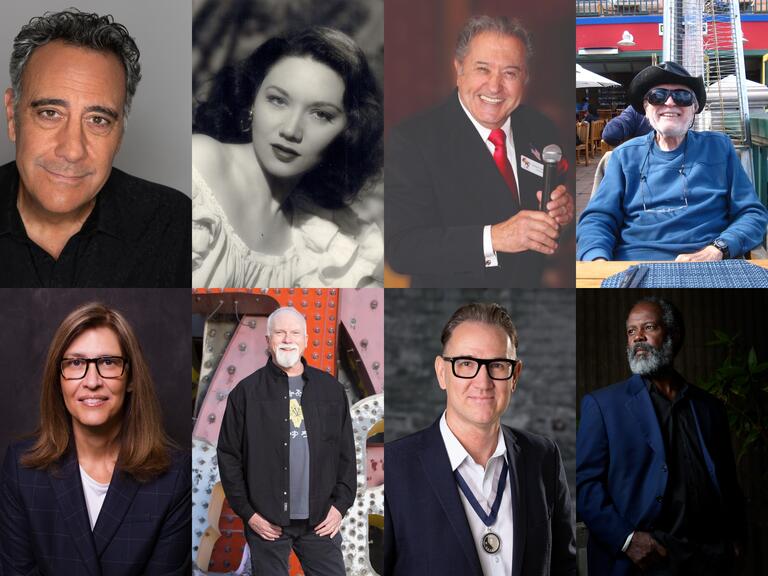