From Detour to Degree

After leaving college to enter the hospitality industry, Clay Hartley took advantage of a program through MGM Resorts International to finally earn his degree.

UNLV will hold four in-person commencement ceremonies this week to honor both Spring 2021 grads and the entire class of 2020. All ceremonies will be held outdoors at UNLV’s Sam Boyd Stadium. Watch the events on livestream and join in on social media with #UNLVGrad. For full ceremony details, visit the commencement website.

It’s been more than two decades since New York-New York bartender Clay Hartley, 42, began his journey to a college degree.

After years of struggling to balance school and work, he took a different path and built a full life with a wife, two children and a career he enjoys.  But thanks to a unique partnership between his employer and the Nevada System of Higher Education, Hartley was able to return to school.

Now, he’s nearly reached the end of his college journey, expanding his professional opportunities and fulfilling an old goal.

“It’s not that important that it’s taken a long time,” he said. “What’s important is that it’s actually happening.”

The urban studies major plans to graduate in summer with a 4.0 grade point average. His success is the result of his hard work, a strong support system and the effort to open new educational avenues to MGM Resorts International employees.

The MGM College Opportunity Program, which began in 2019, offers the company’s employees a chance to pursue online degrees or certificates at NSHE institutions. The cost of credit-hours is covered by the hospitality company.

That “free college classes” tagline is a key incentive for students who are working and may have other big responsibilities, said Eric Morrow, a Greenspun College of Urban Affairs senior advisor who helped guide Hartley.

For a student like Hartley, who is balancing work, family life, the urban studies program delivered entirely online was ideal, but students must be dedicated and manage their time well, which is where Hartley has excelled.

“I think that he is really an ideal candidate for this particular program,” Morrow said. “He was committed to doing well. He’s really intelligent, really cares about the material.”

But long before he was the ideal student, Hartley struggled to succeed academically.

Throughout his teens and 20s in North Carolina, he juggled work in the restaurant business with his social life and other priorities. He spent a semester at East Carolina University at 18, but it didn’t work out. At 23, he enrolled at the University of North Carolina at Greensboro, where he had to take out student loans but nearly finished his degree in English while working full time.

“I was young, and I was doing OK, but it was really hard balancing work and school for me,” he said. “I wasn’t completely driven to complete the degree. I was just doing it to do it.”

Roughly a semester away from graduating, Hartley and his now-wife, Stephanie Patton, decided to move to Las Vegas. She’d been accepted to a UNLV graduate program in psychology, and he could look for work in America’s hospitality hub.

While Patton was attending school, Hartley was hired as a barback at New York-New York. He worked his way into a bartender role and has remained with the company since he started in May 2010.

Hartley describes the College Opportunity Program as a life-changing experience. It’s given him the chance to finally finish his degree while exploring his interests.

“Going back at this age has been really good and has helped me to really see that if you're going to do it, focus on it and do your best,” Hartley said. “And I’ve been able to do that.”

The urban studies degree has fostered his interest in local government, sustainability, healthy communities and all of the facts of a life within an urban environment.

“I've found this whole new field of study that I was unaware of before I started at UNLV,” he said.

Participants in the program have their choice of seven UNLV undergraduate programs from anthropology to criminal justice. MGM Resorts employees can also select from three graduate certificate and degree programs, including a master of arts in urban leadership.

Wanda Smith-Gispert, vice president of talent and workforce development, said it’s been exciting to see the rising number of MGM employees taking advantage of the College Opportunity Program in years past. Ultimately, providing such an opportunity to employees strengthens the company’s universal skillset.

“It’s ideal to take hardworking employees like Clay and have UNLV build upon his existing knowledge of our business which allows him to elevate his career,” she said.

Through the program, MGM aims to remove barriers to education for its employees. The company’s support for the partnership hasn’t waned, despite the significant blow to the Las Vegas economy dealt by the coronavirus last year.

“We believe in the possibility of our employees,” she said, “and the MGM College Opportunity Program provides a solution for how our employees can achieve their educational goals while upskilling for the jobs of tomorrow.”

And beyond the chance to expand their career opportunities, many program students have been enrolled in higher educational institutions previously, Morrow said. The program is offering them a rare chance to achieve a sometimes lifelong goal. 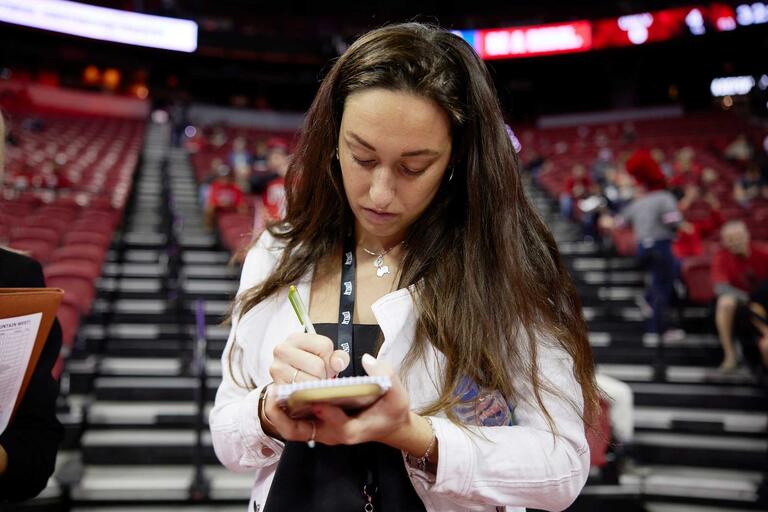 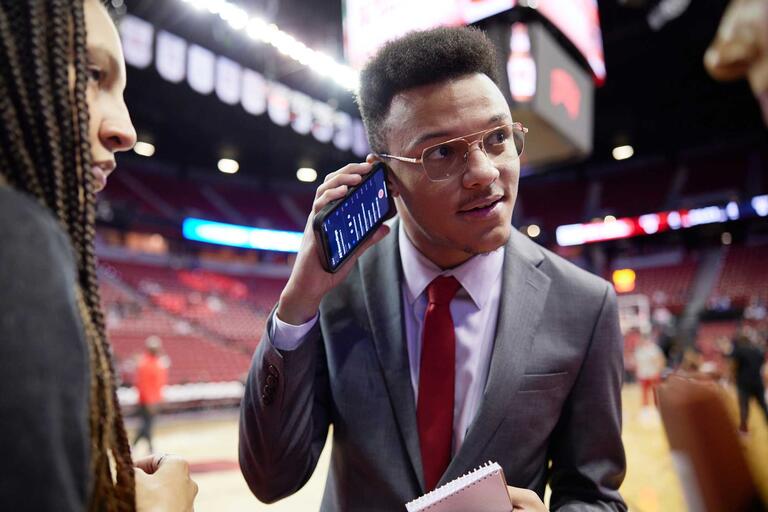