Powered by the International Gaming Institute

The Center was launched in 2013 with a grant from Governor Sandoval’s Office for Economic Development, and since then has filed more than 50 patent applications—18 of which have resulted in issued patents and eight in commercialized products. Several of these games are available to play in casinos today.

CGI has also been showcased in national media outlets such as CBS Morning News, ABC News, Global Gaming Business, and Casino Enterprise Management, all highlighting UNLV and Nevada as a world leader in gaming innovation.

The annual gaming innovation class is a one-of-a-kind educational and entrepreneurial experience where world-class industry and faculty experts help students to develop their ideas. Led by Dr. Dan Sahl, who earned his Ph.D. by researching the convergence of video games and gambling, the class offers a unique learning environment for students from both the campus and the community/industry to develop game ideas.

The class runs every fall semester:

For further information, and to enroll in the class, please contact cgi@unlv.edu.

What is UNLV's Gaming Innovation Class?

What Our Students Say 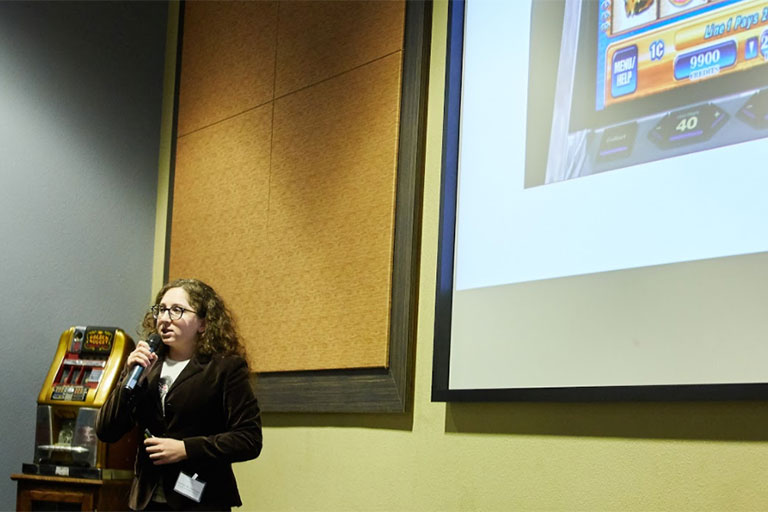 “My experience in the Gaming Innovation class was eye-opening. Prior to taking this class, I considered myself as a person that had ideas, but I never truly invented anything from start to finish. The class made me realize that I love inventing and creating, and the faculty and industry mentors in the class helped me transform my idea into an invention. After finishing the class, Dr. Sahl helped me file a patent for the main invention involved with my game, and I’m currently in the process of creating a beta version of my game to see how people react to it.” 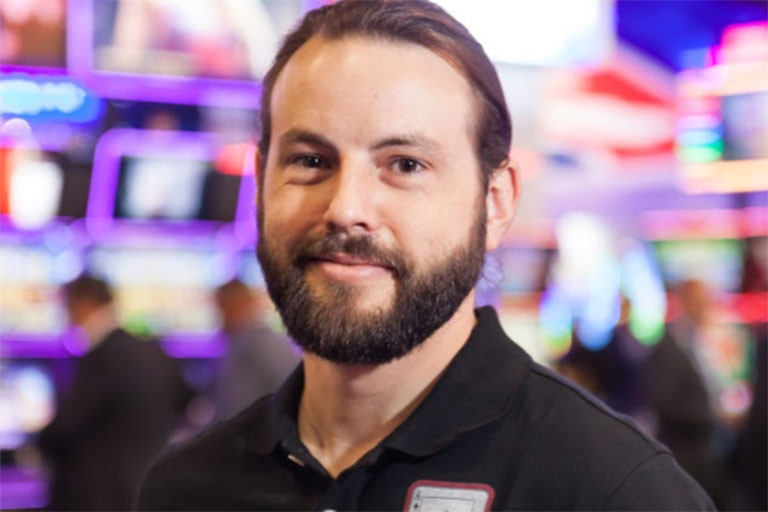 “Prior to taking this class I would not have described myself as an inventor. I was just a guy with an idea. In August 2016, I relocated from my hometown of San Jose, CA to Las Vegas, NV for one reason: to attend UNLV's International Gaming Institute. During the semester, I received positive and constructive feedback from mentors, staff, and my peers. Dr. Sahl and Dr. Mark Yoseloff helped me to design the artwork for the game, file my provisional patent, confirm my math, and prepare all the other necessary paperwork for my trial with the Nevada Gaming Control Board. The trial was a success, and Easy Jack was approved in the state of Nevada on September 21, 2017. Since then, one table has been installed at The Plaza in downtown Las Vegas and two tables have been installed in the state of Oklahoma. There are negotiations currently taking place to install more tables in Nevada, Oklahoma, and California.” 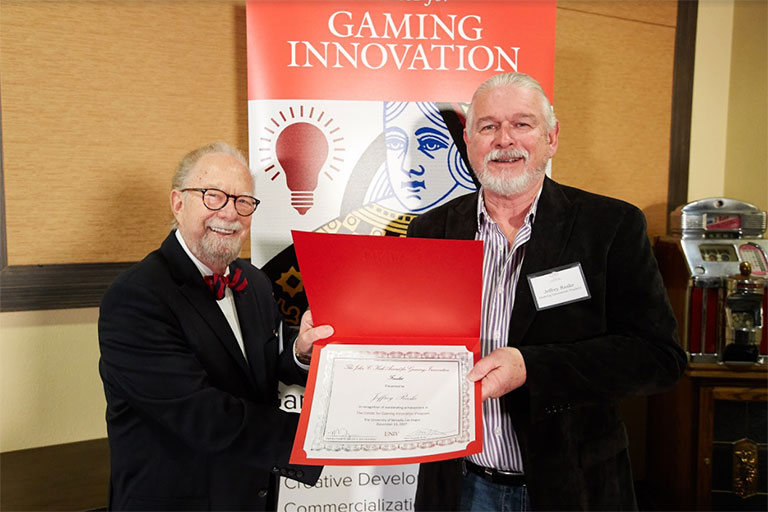 “I reached out to Dan Sahl about the Gaming Innovation class after developing my own table game. After Dr. Sahl explained the course curriculum to me and gave me some free advice regarding my game, I quickly decided to enroll. From my experience in the class, I learned more about the casino gaming industry including how to adjust my game to make it more marketable. Inspired by my success in the Gaming Innovation class, I launched a game design company and have developed three games since completing the course in December 2017.”

Students from the Gaming Innovation class present their inventions at Global Gaming Expo (G2E), one of the largest gaming trade shows in the world.

Students from the Gaming Innovation class present their inventions at Global Gaming Expo (G2E), one of the largest gaming trade shows in the world.

Students from the Gaming Innovation class share their experiences from idea to inception.

Students from the Gaming Innovation class share their experiences from idea to inception.