PENN JILLETTE is a cultural phenomenon as a solo personality and as half of the world-famous Emmy Award-winning magic duo and Las Vegas headliners Penn & Teller. Together since 1975, Penn & Teller’s live show spent years on Broadway and is now the longest-running headliner show in Las Vegas where it plays nightly at The Rio All-Suite Hotel & Casino. The pair has been awarded Las Vegas Magicians of the Year an amazing eight times.

Jillette’s solo exposure is enormous: from Howard Stern to Wendy Williams, from Oprah to Colbert, to the Op-Ed pages of The New York Times, The Wall Street Journal, and the Los Angeles Times. He has appeared on The Celebrity Apprentice, Dancing with the Stars, The Tonight Show with Jimmy Fallon, Saturday Night Live, and hosted the NBC game show Identity. As part of Penn & Teller he has appeared on hundreds of shows, from The Simpsons and Friends to Billions and Scorpion. He recently co-wrote an episode of the Emmy-winning Netflix series Black Mirror.

He co-hosted the controversial Showtime series Penn & Teller: Bullshit! which was nominated for thirteen Emmy Awards, won him a Writers Guild award and was the longest-running show in the history of the network. He currently co-hosts the CW Network hit competition series Penn & Teller: Fool Us! which was nominated for a 2017 Critics’ Choice award. The series returns for a sixth season in June of 2019.

Penn’s latest book, the New York Times Best Seller, “Presto!” takes an insightful and very humorous look at his recent weight loss journey. His previous book, “God No! Signs You Might Be An Atheist and Other Magic Tales,” spent six weeks on the New York Times Best Sellers list. His weekly podcast, Penn’s Sunday School, was the No. 1 downloaded podcast on iTunes during its debut week and was named by iTunes as Best New Comedy Podcast.

On the big screen, Penn produced the critically lauded 2005 documentary The Aristocrats, which features over 100 of the biggest names in comedy telling their versions of the dirtiest joke in history. He produced Tim’s Vermeer, which follows the journey of an eccentric inventor determined to solve one of the art world’s oldest mysteries. The Sony Pictures Classic release was nominated for a BAFTA and was shortlisted for the 2014 Oscars. He has recently completed the documentary The Gambler’s Ballad profiling magic legend Johnny Thompson. It premiered on Showtime in early 2018.

As a philanthropist, his efforts have resulted in raising millions of dollars for Las Vegas-based charities AFAN (Aid for AIDS NV) and Opportunity Village. The annual “Penn & Teller’s 13 Bloody Days of Xmas” continues to be the most successful blood drive in the Las Vegas Valley, resulting in an average of 4000 pints donated every holiday season.

Penn & Teller have their very own star on the Hollywood Walk of Fame and triumphantly returned to Broadway recently with Penn & Teller On Broadway, which was the highest-grossing non-musical for the entirety of its run. 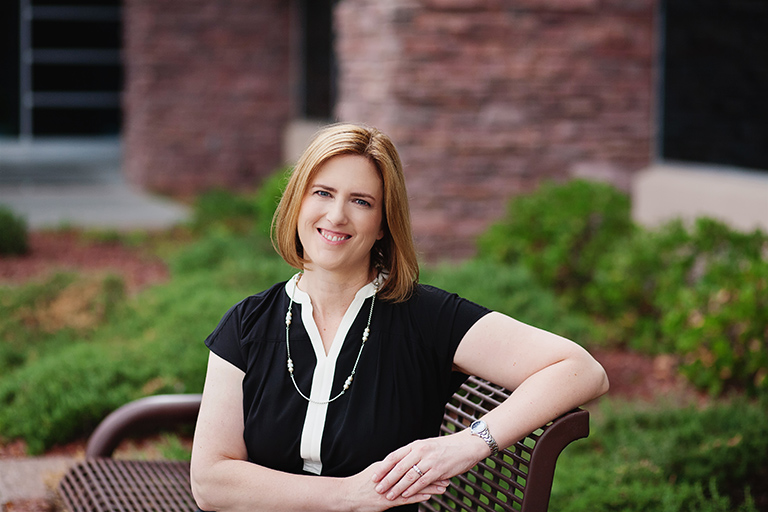 BECKY HARRIS recently joined UNLV’s International Center for Gaming Regulation as an Academic Fellow in Sports Betting. Her current project involves finalizing the formation, launch, and the inaugural meeting of the U.S. Sports Betting Forum: an outlet designed to convene stakeholders from across the United States to discuss policy and regulatory issues relating to legal sports wagering.

Harris served as the first female Chair of Nevada Gaming Control Board, where she was responsible for comprehensively regulating the multi-billion dollar gaming industry in the State of Nevada. During her tenure, she helped navigate the Nevada gaming industry through controversial issues such as the #MeToo movement and cannabis regulation as it relates to casinos.

Harris studied Political Science and French at Brigham Young University, graduating with a Bachelor of Arts in 1989. She attended J. Reuben Clark Law School at Brigham Young University, graduating in 1992. She obtained a Master’s Degree in Political Science from the University of Nevada, Las Vegas (UNLV) in 2000, and earned an LL.M. from UNLV, Boyd School of Law in 2016. 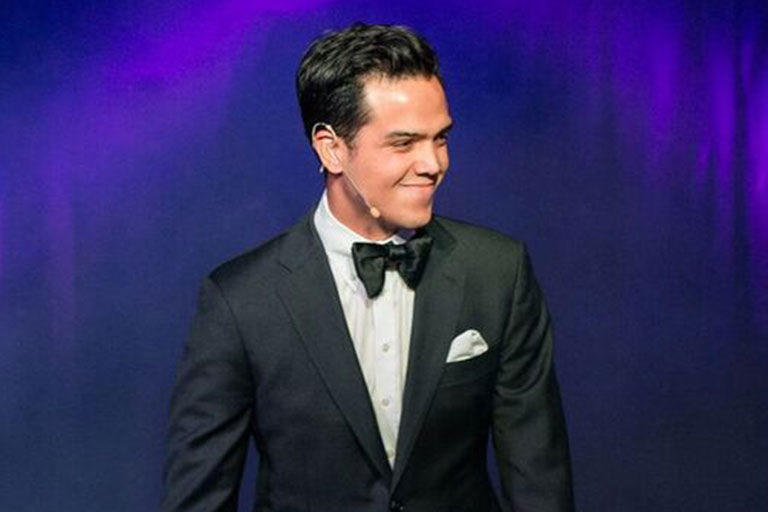 At only 25-years-old, SANTIAGO MICHEL exemplifies the eclectic approach and spirit of UNLV’s International Gaming Institute. Born and raised in Mexico City, Mexico, Michel has performed in more than 12 countries around the world and studied performing arts and theater in Russia. The UNLV College of Hospitality alum performs his one-of-a-kind mentalist show, “Ilusion Mental” — the first and only Spanish-speaking residency show in Las Vegas history — four nights per week at the Paris Hotel & Casino. The idea behind the show came to fruition during a class, Sociology of Gambling, which he took in the spring of his undergraduate studies with Dr. Bo Bernhard. 3 years, an undergraduate degree, and over 275 shows performed later, Michel will provide entertainment during the conference's Eadington Dinner on Wednesday, May 29. 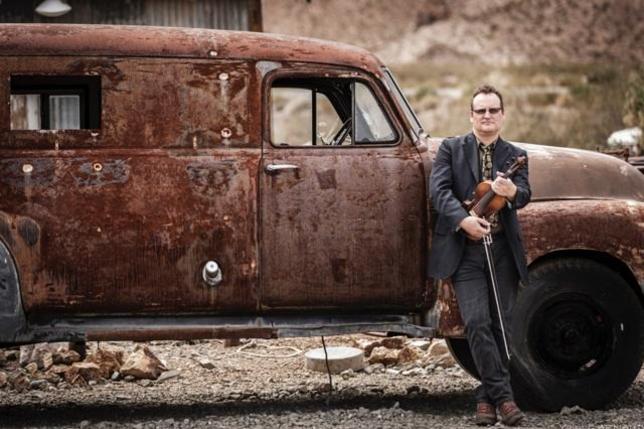 Cirque du Soleil
Thursday, May 30 (in conjunction with Kate St-Pierre)

A front man in both violin performance and composition, MARTIN ST-PIERRE is renowned for his versatility, specializing in classical, rock and world music—including extensive knowledge of traditional Chinese, North Indian Classical, Turkish, and various Middle Eastern styles of music.

St-Pierre collects and plays stringed and bowed instruments from all over the world including Mongolia and Eastern Europe. Martin’s erhu and yailli tambur solos were regularly featured on Bear McCreary’s Battlestar Galactica’s score, soundtrack, and Socom 4 video game.

As a classical and contemporary violinist, St-Pierre has performed with multiple orchestras including the Le Nouvel Ensemble Moderne and I Musici. St-Pierre’s many projects have included members of White Zombie, NIN, Perfect Circle and Primus, to name a few. His own group, Opium Machine, performed at Coachella 2007.

On the big screen, St-Pierre was an orchestrator and score coordinator for Christopher Young on numerous feature films including: The Grudge, The Exorcism of Emily Rose, Spider-Man 3, and soundtrack producer for Ghost Rider. His orchestrations and orchestral programming can also be heard in the spectacular water show, Le Reve, at Wynn Las Vegas.

As a composer, St-Pierre’s vast array of styles can be heard throughout his compositions. His numerous compositions for theater, Cirque, and dance companies include: Valitar, Lucent Dossier, Cirque Montage, numerous individual Cirque acts, and Chimelong International Circus—the largest permanent circus in the world.

An accomplished orchestra conductor, St-Pierre is an alumnus of the highly prestigious Pierre Monteux School for Orchestra Conducting in Maine. In 2004 St-Pierre was nominated for a Drama Desk Award, and in 2006 he won the Composer Lab Fellowship at the Sundance Institute. 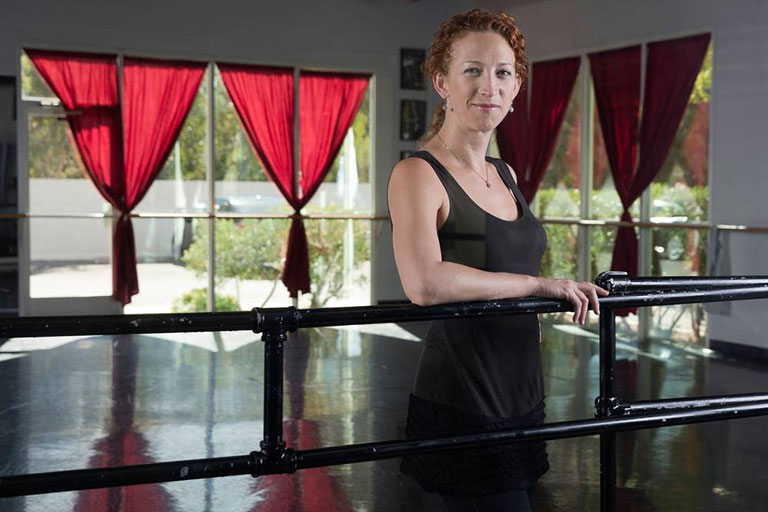 Cirque du Soleil
Thursday, May 30 (in conjunction with Martin St-Pierre)

Interdisciplinary artist and director KATE ST-PIERRE has recorded for multiple film scores and soundtracks, most recently the theme for the epic film Alpha, composed by Joseph DeBeasi.

She was the original singer for Le Reve at Wynn Las Vegas and has sung with Cirque du Soleil as the lead soloist in Ka at MGM Grand Las Vegas. Kate worked with Ann Hamilton— visual artist internationally recognized for the sensory surrounds of her large-scale multi-media installations—and performed in her Tower at Oliver Ranch with composer Shahrokh Yadegari.. St-Pierre’s voice and composition were nominated for a 2004 Drama Desk Award for Music.

St-Pierre is an alumnus of the Lincoln Center Theater Directors’ Lab and the artistic director of the award-winning The LAB LV—an experimental, interdisciplinary theatre company in Las Vegas. Kate loves to create through immersive, physical storytelling, often in found or pop-up spaces.

Recent directing works include: Anne Carson's Antigonick, Schoenberg’s Erwartung, Elaborate Entrance of Chad Deity by Kristoffer Diaz, The Wolves by Sarah DeLappe and Iphigenia 2k16. In the last two years, Kate and her productions have been nominated for more than seven Valley Awards and won three. Branching out to film and video production, Kate directed the recent music video of bluegrass band Tin Toy Cars.

Currently, St-Pierre is an Artist in Residence with the Nevada Arts Council. A specialist in arts integration in education, she has worked with educators of pre-kindergarten through grade 12 for more than ten years. Through The LAB LV, St-Pierre teaches and brings world renowned artists to Las Vegas to offer unique, affordable, challenging opportunities for professional and emerging artists of all backgrounds including dance, circus, theatre, music, video, and design.