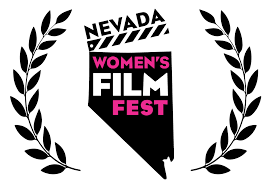 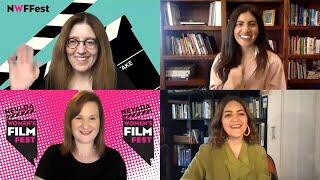 Special events begin Friday with our 2022 Nevada Woman Filmmaker of the Year event. This year we are pleased to honor Deborah Richards for her body of work, including her first feature, Move Me No Mountain. A sneak-peek of the film will be followed by an in-depth interview hosted by our board member Danette Tullof the Nevada Film Office. A red-carpet meet-and-greet and Filmmaker Mixer will top off the evening.

On Saturday we celebrate our 2022 Vanguard Award Honoree, Ry Russo-Young. Part 1 of Ry’s HBO documentary series, Nuclear Family, will be screened at 11AM. This series explores the landmark custody dispute that hinged on the parental rights of Ry’s two mothers (a same-sex couple) and the interests of her biological father.

Following the screening our attendees will have the opportunity to meet the featured subjects of Nuclear Family, including the filmmaker herself, Ry Russo-Young, Ry’s mothers, Robin Young and Sandy Russo, and their lawyer, Harriet Newman Cohen, Esq. A panel discussion about the events depicted in the film will be moderated by board member, Brett Caroline Levner of the UNLV Department of Film.

Festivities conclude on Sunday evening with our 8th Annual Femmy Awards. Femmy Award nominations will be announced on our website this week. Categories such as the Spirit of Activism, Best Female Protagonist, Best Nevada Filmmaker, LBGTQ-themed, as well as student, animation and documentary achievement will be recognized.

ABOUT NEVADA WOMEN’S FILM FESTIVAL: The Nevada Film Festival (NWFFest) is a project of the Nevada Women’s Film Collective, a nonprofit 501(c)(3). The mission of NWFFest is to celebrate and support the fair representation of women in film. NWFFest is made possible by a grant from Nevada Humanities and the National Endowment for the Humanities.

Tickets are free for UNLV students, faculty and staff.