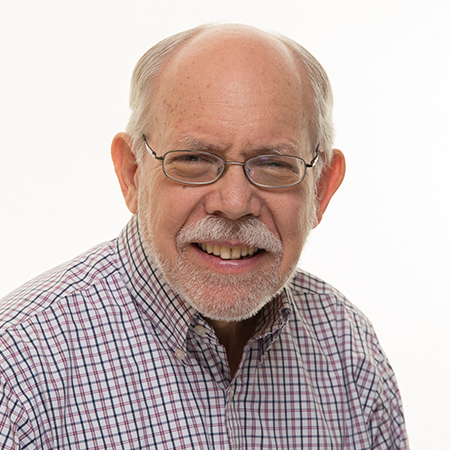 Jerry Schefcik has been a Las Vegan since 1961. His college career took him to Brigham Young University where he earned his BA in Art and Design and on to the University of Denver for a MA in Art History and Museum Training, where he interned with the Denver Art Museum. He worked as Curator of Visual Arts for the Sangre de Cristo Arts Center in Pueblo, CO, and then moved to the Amarillo Art Center, Amarillo, TX as Curator of Art. From Amarillo he returned to Las Vegas to join the University of Nevada Las Vegas (UNLV) in 1989 as Curator of the Donna Beam Fine Art Gallery. He was promoted to Director in 1991. He concurrently served as Exhibitions Curator for Nevada Institute for Contemporary Art for over a decade, and Curator for the McCarran International Airport Arts Advisory Sub-Committee for five years. Now as UNLV Director of Galleries, Schefcik oversees the Donna Beam Gallery and six satellite galleries throughout the UNLV campus. He also teaches the three-part Gallery Practices series and supervises the gallery internship program. In addition to his responsibilities at UNLV, he currently serves on the Board of the Nevada Arts Council, as a Commissioner for the City of Las Vegas Arts Commission, and as a board member of the North Las Vegas Arts and Culture Commission, and he is a member of the RTC Arts in Transit Advisory Council. A central figure within the ever-growing Las Vegas art scene, Schefcik demonstrates his dedication to the past, present and future art endeavors of this city by contributing much of his time as an advisor, juror, and mentor to numerous arts organizations in Las Vegas and the Western Region.