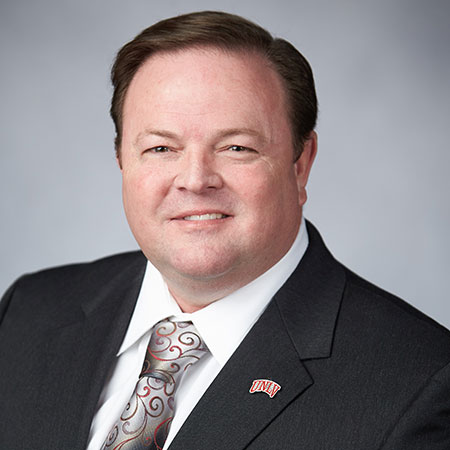 Yuri Graves has been an emergency management practitioner for over 25 years. During his first 20 years of his professional life he served in the United States Coast Guard (USCG) leading many different missions related to disaster preparedness and response, salvage, wreck and debris removal, environmental protection, law enforcement, search and rescue, maritime safety, illegal migrant and drug interdiction, and port security. During his tenure, he was a founding member of the USCG’s International Port Security program and served a liaison to the Asia Pacific Economic Cooperation (APEC), US. Customs and Border Protection’s Container Security Initiative program, the Secretariat of the Pacific Community, and the Sasakawa Peace Foundation. He retired as a Commander from the USCG and joined the city of Henderson as the city’s Emergency Manager in 2013. He served in this capacity for 4 ½ years. Yuri currently serves as the Emergency Manager at the University of Nevada, Las Vegas (UNLV).

Yuri earned a Bachelor’s Degree in Geology from Edinboro University of Pennsylvania, a Master of Science Degree in Environmental Geology from Ohio University, and a Master of Science Degree in Environmental Policy and Management from UNLV. Yuri is also a graduate of Harvard University’s National Preparedness Leadership Initiative (NPLI) executive education program. He is a Certified Emergency Manager (CEM), a Type III Incident Commander, an Incident Command System (ICS) Instructor, Emergency Management Accreditation Program (EMAP) Assessor, and is qualified as an EOC Manager/Operations & Planning Section Chief.