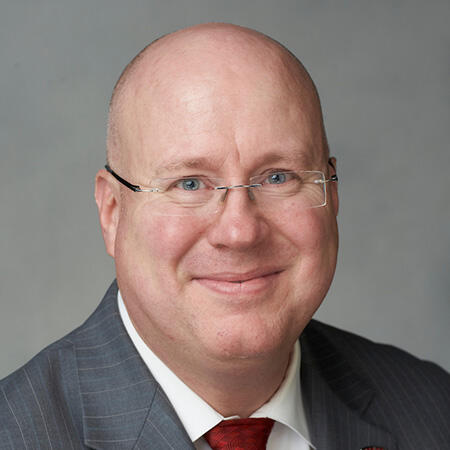 Vince Alberta is the chief marketing officer and vice president of brand integration for the University of Nevada, Las Vegas (UNLV). His core responsibilities include overseeing the university’s marketing, communications, and branding efforts. He reports directly to the president.

Since his arrival at UNLV, Mr. Alberta has worked on a variety of strategic initiatives, such as the university’s overriding vision to become a Top Tier public university in research, education, and community partnership; start-up for the Kirk Kerkorian School of Medicine at UNLV; a new academic building for the William F. Harrah College of Hospitality; new athletic facilities; and the final 2016 U.S. presidential debate, which was held on the UNLV campus. The university also launched its first branding campaign in more than a decade under his leadership.

Mr. Alberta has nearly three decades of experience in public relations and holds an accreditation in public relations (APR) from the Public Relations Society of America (PRSA). Previously, he was vice president of public affairs for the Las Vegas Convention and Visitors Authority for nearly nine years and served as a member of the executive management team.

Before working in public relations, Mr. Alberta accumulated 16 years of journalism experience as a reporter and anchor covering news and sports. His journalism career included work in television, radio, and print.