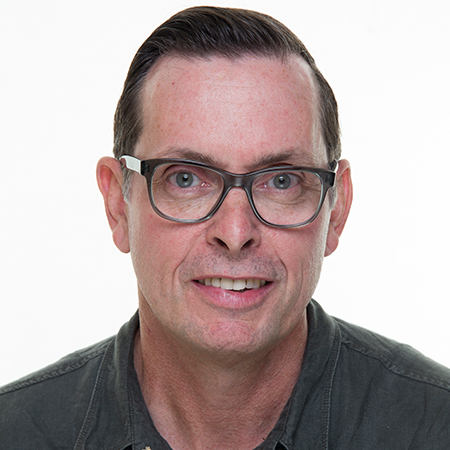 Tim Bavington was born in England in 1966. He moved to the United States in 1984 to pursue his career in art. Bavington earned a bachelor’s degree at Art Center College of Design in Pasadena, California. His early post-graduate work involved comics and contributions to The Simpsons television show. In 1993 he moved to Las Vegas where he met David Hickey at University of Nevada, Las Vegas. Bavington decided to continue his education at UNLV, earning a Master’s in Fine Arts in 1990.

In the early 2000s Bavington introduced the musical scales of the guitar into his artistic practice. His artwork has continued to evolve with its connection to music and his exhibitions throughout the United States have received high acclaim.

Bavington currently lives in Las Vegas. His work is part of collections at the Portland Art Museum in Oregon, The Museum of Modern Art in New York City, The Denver Art Museum in Colorado, and the Museum of Contemporary Art in San Diego, California. Additionally, he created a major commission called “Pipe Dream” for Symphony Park at the Smith Center for Performing Arts in Las Vegas, Nevada. Each pipe in this beautiful and colorful sculpture represents a note in the classical masterpiece, “Fanfare for the Common Man,” by Aaron Copland.