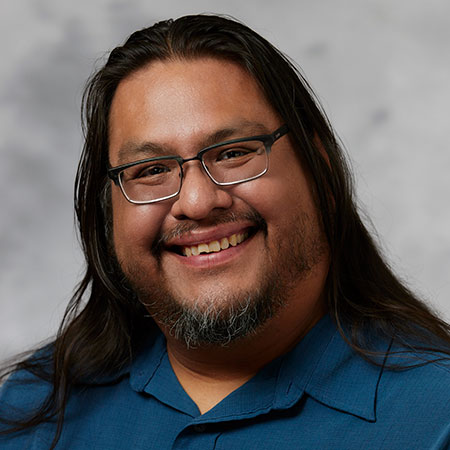 Dr. Steven Sexton joined the English department in 2018 and specializes in Native American literature. His research interests include Indigenous literary nationalism, Indigenous national literatures, and U.S. settler colonial studies. Particularly, Dr. Sexton is interested in how Indigenous people continue to exist as sovereign nations and as tribally distinct people as a means of resistance to US settler colonialism. He is also interested how Indigenous people imagine themselves as individuals, as part of communities, and as part of sovereign nations through the Native stories, i.e. their literature. Dr. Sexton’s scholarly works have appeared in various publications including Across Cultures/Across Borders: Canadian Aboriginal and Native American Literatures and Encyclopedia of American Indian Literature. He currently serves as Secretary for the Association for the Study of American Indian Literatures (ASAIL).