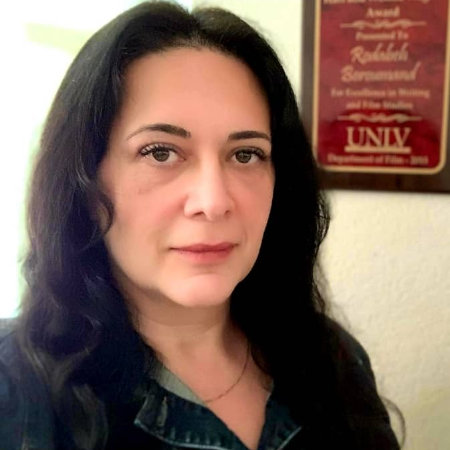 Roudi Boroumand is an Iranian-American indie filmmaker and film studies writer. While her career focus is on film writing, producing, and directing, she has also been an arts and entertainment journalist and a freelance film studies translator and writer for two decades. She has published film analyses and work on major figures of cinema in both English and Persian.

A graduate of Portland State University and the Northwest Film Center in Portland, she received a B.A. in Film and an M.F.A. in Writing for Dramatic Media at the University of Nevada Las Vegas.