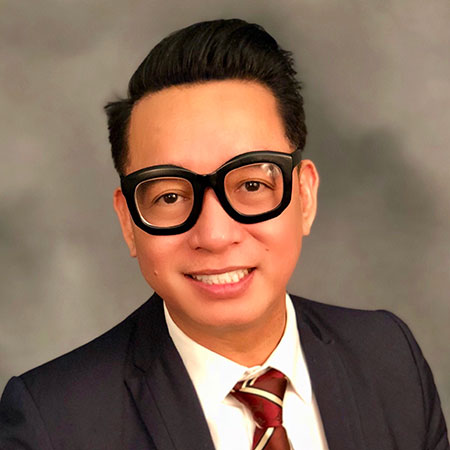 Tan’s research foci are in the development of an Evidenced-Based Practice (EBP) training program among internationally educated nurses and the use of human patient simulation technology in nursing. He developed the Nurse Apprentice Program of Nathan Adelson Hospice through a grant from MGM-Mirage Foundation and was invited to present the program at a National Hospice Leadership Convention in Washington, D.C.

Tan received recognition for the March of Dimes Nurse of the Year Award for Advance Practice in 2004, received the Governor’s Award for citizen’s achievement (“Garbo sa Sugbo”) in Cebu City, Philippines, and was named Outstanding Alumni from Cebu Normal University. He is actively involved in the Asian community of Las Vegas especially among the Filipinos where he co-founded the KALAHI Philippine Folkloric Ensemble, a cultural community-based organization aimed to unite Filipino-Americans in Las Vegas area through preservation and promotion of the Filipino heritage through arts and culture. He was  a board member of the Philippine Nurses Association of Nevada and initiated the formation of an Evidenced Based Practice Committee of the association.