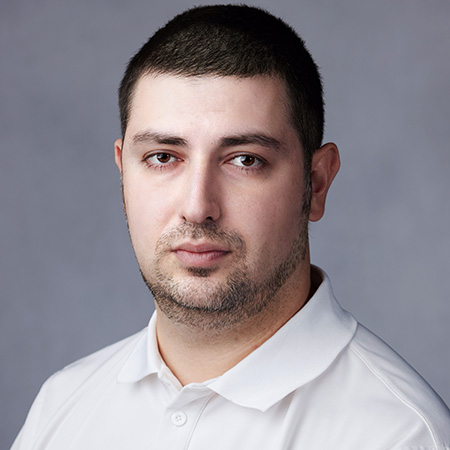 Rafael Oganesyan is the Program Manager at the Office of Undergraduate Research. Prior to his current position, Rafael served as a postdoctoral scholar at the Graduate College, where he helped manage certificates and programs offered by the Professional Development Academy.

Rafael is a four-time UNLV alum, having received Bachelor of Arts degrees in Economics and Political Science (2008; 2010), a Master of Arts degree in Political Science (2014), and most recently a Ph.D. in Political Science (2019). His research interest includes voting behavior in developing democracies, specifically in the post-Soviet space. Rafael is the Director of the Armenian Election Study (2017; 2019), the first academically-driven pre-election survey in the Republic of Armenia. To facilitate voting behavior surveys in the post-Soviet space, Rafael has secured grants from the Gulbenkian Foundation (Portugal) and University of Southern California (USC). His research has appeared in French Politics and Journal of Common Market Studies.