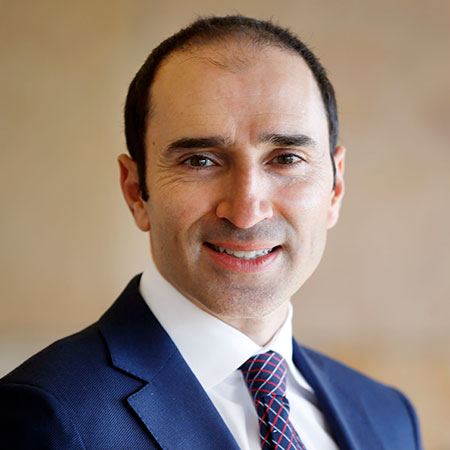 Nehme E. Abouzeid is the founder and president of LaunchVegas LLC, a business consultancy that draws upon his two decades' worth of experience in media and hospitality to help brands launch and scale in tourism-centered destination markets. Most recently, he was the first-ever chief marketing officer for the NHL's Vegas Golden Knights, 2017-18's breakout sports brand.

From 2004-2016, Abouzeid held various marketing, business development, and strategic roles with Wynn Resorts and Las Vegas Sands Corporation as the two Fortune 500 operators grew gaming into a $180 billion industry with the expansion of Las Vegas-style casino resorts worldwide. A creative marketer and versatile executive who excels at maximizing revenue across the integrated hospitality enterprise, he has been named to the “Top 40 Under 40” lists of Global Gaming Business Magazine and Vegas Inc., the city’s top business journal.

Abouzeid began his career in editorial media. He spent five years as a print journalist and radio producer in Boston, Los Angeles, and post-war Beirut. Active in the Las Vegas business and non-profit communities, he has served on advisory boards for G2E, Nevada Public Radio, and youth charity After-School All-Stars. The Massachusetts native holds a bachelor's degree in journalism from George Washington University and an MBA from Babson College.

When he’s not working, Abouzeid enjoys competing in high-level amateur tennis tournaments across the country and spending time with his wife Nina - a dentist, and his two daughters, Celine and Layla.