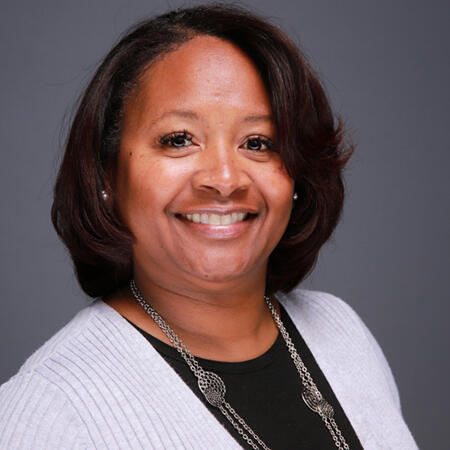 Nakia Jackson-Hale is a graduate of Penn State University where she received a Bachelor of Science in Exercise and Sport Science with a minor in Health Education. After a short 2-year stint in the gaming industry, Nakia started working at UNLV in 2001. She was the UNLV Head Cheer Coach from 2001-2014 and the Director of Programs at the UNLV International Gaming Institute from 2001-2015. Nakia joined the law school in 2015 and was the Executive Director of Alumni Relations and Special Events.  She obtained a Bachelor of Arts in Criminal Justice in 2017 and Masters in Emergency and Crisis Management in 2021.  While on campus, Nakia works on diversity initiatives through the Anti-Black Racism Task Force, the President’s Advisory Council (PAC) and the Intercultural Development Inventory (IDI).  Nakia is engaged in off campus initiatives as well and is a member of the Las Vegas Bowl Huddle, the National Football Foundation Staging Committee and the Blue Ribbon Committee on DEI for the Nevada State Bar.