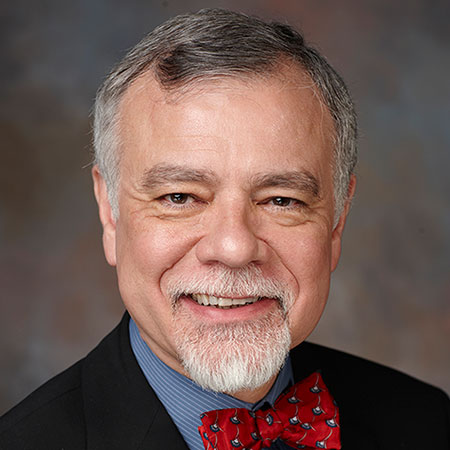 Michael W. Bowers, Ph.D., received a Bachelor of Arts degree in History from Cameron University (Lawton, OK) and a Master of Arts and Ph.D. in Political Science from the University of Arizona (Tucson).  He has been a member of the faculty at UNLV since August 1984.  During that time he has been awarded the College of Liberal Arts William Morris Award for Excellence in Teaching and the Donald Schmiedel Lifetime Service Award.  In addition, he has received the UNLV Alumni Association Distinguished Faculty Award and the UCCSN (now NSHE) Board of Regents Outstanding Advisor Award.  In 2013 Dr. Bowers was named a Distinguished Member of the Honor Society of Phi Kappa Phi.

In 1996, Dr. Bowers first authored The Sagebrush State, one of the definitive texts on the history of Nevada government and politics that is still used in classrooms throughout the state and which is now in a fourth edition (University of Nevada Press, 2013).   As well, Dr. Bowers wrote The Nevada State Constitution, currently in its second edition (Oxford University Press, 2014).  Dr. Bowers is also credited with writing more than two dozen articles in his specialization of public law.

Bowers was appointed to the position of Interim Executive Vice President and Provost on August 27, 2009 where he served until June 30, 2012.  He continued during that time to serve in his capacity as UNLV’s Senior Vice Provost for Academic Affairs, a position he was appointed to in July 2008.

Dr. Bowers continues to serve on a number of UNLV and NSHE related committees and serves as Treasurer of the Western Political Science Association.