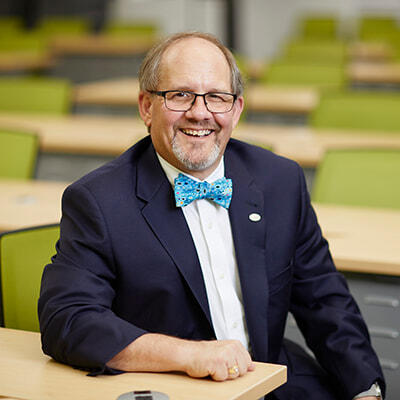 Dean of the Kirk Kerkorian School of Medicine at UNLV, Vice President for Health Affairs

Marc J. Kahn, MD, MBA, is the dean of the Kirk Kerkorian School of Medicine and vice president for health affairs at UNLV. He has served in leadership roles with the Association of American Medical Colleges, American College of Physicians, American Society of Hematology, National Board of Medical Examiners, and the National Residency Matching Program.

A hematologist and medical oncologist by training, Dr. Kahn was a senior associate dean at Tulane University School of Medicine before assuming his new position at UNLV in April 2020.

A prolific researcher in benign hematology, medical education, and healthcare finance. Dr. Kahn has authored over 100 peer-reviewed manuscripts in addition to 110 book chapters and five textbooks. His most recent textbook, Business Basics of Building and Managing A Healthcare Practice, was published by Springer Nature in early 2020 and is currently being updated for a second edition. To view some of Dr. Kahn's publications, visit PubMed.

At Tulane, Dr. Kahn was a professor of medicine and the school’s Peterman-Prosser professor, a position established to introduce students of science-oriented disciplines to the humanities. He also held adjunct appointments in the department of pharmacology and the AB Freeman School of Business. The winner of multiple teaching awards, he was responsible for all matters pertaining to medical students, including counseling, career planning, academic issues, and student promotion.

Dr. Kahn is passionate about developing and assessing novel programs in medical education at both the student and faculty level. At Tulane, he developed the four-year MD/MBA program and a novel BS/MD program that includes a mandatory year of public service with AmeriCorps VISTA.

Dr. Kahn is passionate about caring for the Las Vegas community through education, research, clinical care, and community engagement. He believes the creation of an academic health center in Southern Nevada will provide accessible and compassionate medical care while creating jobs and growing the Las Vegas economy.