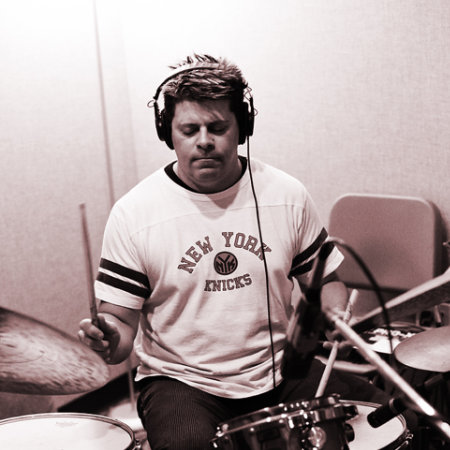 His drumming beginnings trace back to New York City, where he attended the famous High School of Music and Art, studying with lifelong mentor Justin DiCioccio. His college studies continued at the Eastman School of Music with legendary educators John Beck (percussion) and Rayburn Wright (jazz studies). He also holds his master’s of jazz performance degree from UNLV.

Aberman continues to record for album, movie and TV projects in his home studio via the internet. His compositions can be heard on numerous TV shows and other media.

He has been a featured visiting artist for the University of Utah; as well as clinician for the Percussive Arts Society, The Field Percussion Workshop, The Las Vegas Drum Camp, and the Las Vegas Academy’s Jazz Invitational.

In addition to his adjunct professorship at UNLV, he is also professor of jazz studies at the Nevada School of the Arts in Las Vegas. He also shares a performing and educational partnership with fellow UNLV faculty member, drummer/percussionist José “Pepe” Jimenez called DRUMMERS TECH.

Aberman is a proud longtime endorser of Drum Workshop drums and hardware, Zildjian cymbals and sticks, and Remo drum heads and percussion.