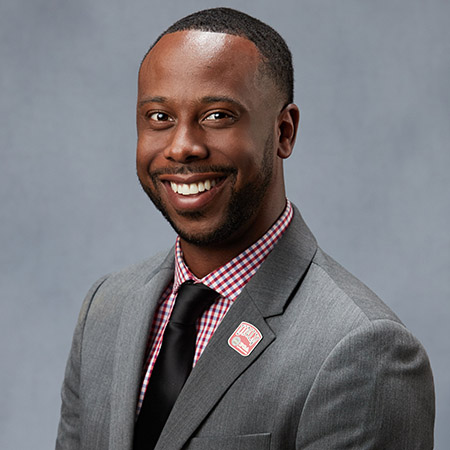 Kendall Murphy, originally from Oakland, CA moved to Las Vegas in 2004 where he attended the University of Nevada, Las Vegas (UNLV) to earn his Bachelor of Science degree in Recreation with a concentration in PGA Golf Management. During his time at UNLV Murphy served the industry through internships at the exclusive Meadow Club in San Francisco, The Broadmoor in Colorado Springs which is the longest running 5 Star/5 Diamond resort in North America and the PGA of America which is the world’s largest working sports organization.

In 2009, Murphy decided to return to school and attend Saint Mary’s College of California (SMC) earning his Master of Arts degree in Kinesiology and Sport Management. During his time at Saint Mary’s College Murphy was selected to serve as the Assistant Men’s Golf Coach under the leadership of Head Coach Scott Hardy. Murphy was responsible for coordinating all of the team’s player development efforts, strength development as well as the on-course mental preparation activities. Following a successful 1.5 seasons with the SMC Golf Team Murphy was hired by the PGA of America to work at their headquarters in Florida in 2011. Murphy worked in the Membership Department for the PGA PerformanceTrak program. PerformanceTrak is a program that collects and analyzes golf data and looks for trends in the industry. After analyzing market trends Murphy would report his findings to the 27,000 PGA Professionals around the world. Murphy would also assist PGA Professionals and their facilities on an individual basis helping them to maximize their businesses.

In September of 2012, Murphy was hired by UNLV to serve as the Program Coordinator for the UNLV PGA Golf Management Program. In his role Murphy is responsible for organizing and implementing all of the growth of the game initiatives through the PGA of America’s GOLF 2.0 strategic plan. Murphy is also responsible for managing all of the recruiting and retention efforts for the program and also serves as the Academic Advisor for all incoming, first year and second year students in the UNLV PGA Golf Management Program. In addition Murphy is responsible for the management of the player development program which prepares students to pass their PGA Playing Ability Test. Murphy recently became TPI Certified by The Titleist Performance Institute (TPI), the world’s leading educational organization and research facility dedicated to the study of how the human body functions in relation to the golf swing.