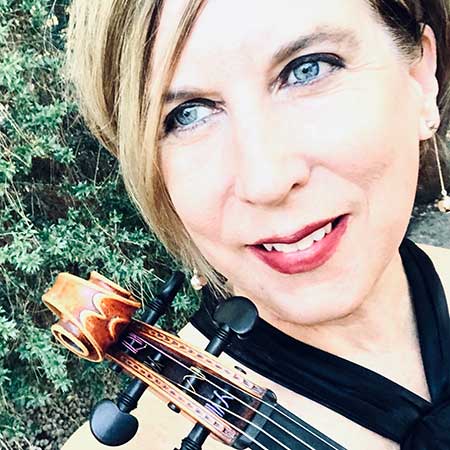 Kate Hamilton, violist, is described by Minnesota Public Radio as... “hot viola playing, she uses her bow to draw out a rich stew of colors...and has a sound like liquid gold”.

She enjoys an international career as the Professor of Viola at the University of Nevada- Las Vegas, and the International Artist of Viola at the Universidad de Chile. In addition, she is the Codirector of the International Chamber Music Festival in Joao Pessoa, at the Universidad de Federal, Paraiba, Brazil. Recently, Kate was a guest in the viola section of the Berlin Philharmonic (Germany) under legendary conductors Bernard Haitink and Herbert Bloomsteadt at the Berlin Philharmonie. At the age of 24, she won her first major audition with the San Diego Symphony ( California, USA).

Kate is a graduate of the Oberlin Conservatory and the Peabody Conservatory and studied with legendary teachers Jeffrey Irvine and Karen Tuttle. For more information go to katehamiltonviolist.com