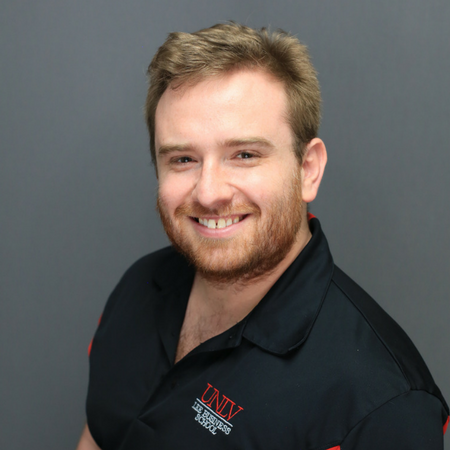 John Joseph Starkey is a West Virgina native who began his collegiate experience in 2005 after moving to Las Vegas to attend the University of Nevada, Las Vegas (UNLV). He spent his undergraduate career pursuing a B.S.B.A. in Marketing while working for UNLV’s Housing and Residential Life Office. From the experiences and involvement he had as an undergrade, he was inspired to pursue a M.Ed. in Educational Leadership at UNLV while working as an Academic Success Coach for the Academic Success Center. During his tenure as a UNLV student, in addition to the positions held while pursuing both of his degrees, John also interned for the Office of Student Conduct and the Student Engagement and Diversity office at UNLV. In 2012, after graduating with his masters, John was hired as an Academic Advisor for Lee Business School’s undergraduate advising office, where he advises business students on their college major and course selections, and also teaches a first-year seminar class, BUS 103. Since 2012, he has taught over 300 business students. He was promoted to a Senior Academic Advisor in 2015. Between 2015-2016, John was awarded Professional Staff Member of the Year by the Division of Student Affairs, Academic Advisor of the Year by student votes and Administrative Faculty Member of the Year. John spends his spare time doing advocacy and volunteer work on behalf of the Cystic Fibrosis Foundation.