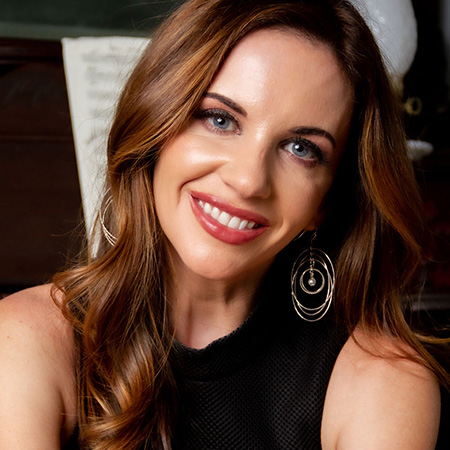 Described as "evocative" (Jazz Weekly), "lyrical," and "mesmerizing" (textura), the music of Las Vegas-based composer Jennifer Bellor has been presented by by Washington National Opera, American Composers Orchestra, Seattle Women’s Jazz Orchestra, Las Vegas Philharmonic, Clocks in Motion, Transient Canvas, ShoutHouse, Sonic Cluster Duo, Eastman New Jazz Ensemble, UNLV Wind Orchestra, Eastman Saxophone Project, Elevate Ensemble, and many others in the US and abroad. She is currently the resident Clock Shop Composer for the percussion quartet Clocks in Motion. After a performance of her multi-movement work Of Maker and Movement, Cleveland Classical stated, “The simple, yet detailed beauty of the sounds, some motoric, others melodic, was arresting. Bellor writes ravishingly and imaginatively for percussion.”

Bellor's recent album “Reflections at Dusk” was released by Innova Recordings November 2019, and showcases instrumental music inspired by the Nevada sunsets. The album with many of the works written for harp and percussion, has been described as “crepuscular,” “mystical,” and “magical.” Textura stated, “She's also that rare composer whose music manages to be instantly listenable and emotionally resonant without any compromise to its sophistication.” “Reflections at Dusk” nabbed the #20 spot in the classical/opera category in textura’s 2020 year-end roundup. Her next album will feature all percussion quartet compositions that she wrote for Clocks in Motion as their resident composer, and it will be recorded and released in 2021.

Her music draws on a variety of influences, evidenced in her self-released debut album "Stay" (2016), which is a melting pot of different music styles largely based on poetry. "Stay" was featured on NewMusicBox’s 2016 Staff picks, and was praised as having the ability to “maintain a highly individual identity without needing to take refuge in pre-post-genre musical silos.” Her composition Chase the Stars received acclaim not only for its “dazzling eclecticism” combining opera, hip hop and jazz, but also for her singing. It was awarded The American Prize (2016) in the orchestral category.

Born and raised in Northern NY, Bellor earned a PhD in music composition at Eastman School of Music, a Master of Music degree in composition at Syracuse University, and a Bachelor of Arts degree in music at Cornell University. Her primary composition teachers included David Liptak, Bob Morris, Andrew Waggoner, Sally Lamb-McCune, and Steven Stucky. She is on the music composition faculty at the University of Nevada, Las Vegas, and artistic director of the new music series Nextet. Please visit her website www.jenniferbellor.com.