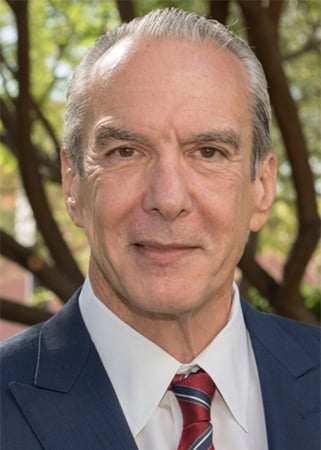 Dr. Jeffrey Cummings is ranked in the top 0.01% of scientists and #5 in Alzheimer's disease research in a recent publication in PLoS Biology.

A world-renowned Alzheimer’s researcher and leader of clinical trials, Dr. Cummings has been recognized for his scientific and leadership contributions with the American Geriatrics Society’s Henderson Award (2006), the national Alzheimer’s Association’s Ronald and Nancy Reagan Research Award (2008), and the American Association of Geriatric Psychiatry’s Distinguished Scientist Award (2010).  Dr. Cummings’ interests embrace clinical trials, developing new therapies for brain diseases, and the interface of neuroscience and society. In his new role, Dr. Cummings will help establish and expand the department’s research capacity, and continue his groundbreaking work in combating neurodegenerative diseases.

In addition to his work at UNLV, Dr. Cummings is a professor of medicine (Neurology) at Cleveland Clinic Lerner College of Medicine at Case Western Reserve University, and he is the principal investigator/director of the National Institute of General Medical Sciences-funded Center for Neurodegeneration and Translational Neuroscience.