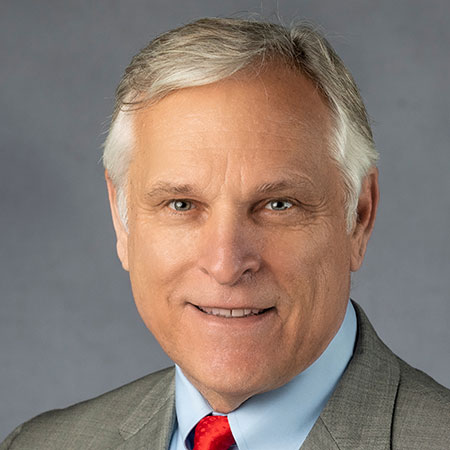 Wm. Gerard (Gerry) Sanders was appointed Dean of UNLV’s Lee Business School on January 1, 2021. Previously, he served as Dean and Bodenstedt Chair of the College of Business at The University of Texas at San Antonio (UTSA) for seven years. Before arriving at UTSA, Dr. Sanders served as a professor of strategic management and area leader of the Strategy and Environment faculty group in the Jones Graduate School of Business at Rice University from 2008 to 2013.  He began his academic career at the Marriott School of Management at Brigham Young University in 1996 as an Assistant Professor, being promoted to Associate Professor in 2002 and Full Professor in 2008. He earned a Ph.D. in management from the University of Texas at Austin in 1996.

As a professor, Sanders’ research focused on the intersection of corporate governance and executive leadership, with a particular interest in their effects on firm strategy and performance. His research has been published in leading management journals including the Academy of Management Journal, Strategic Management Journal, Journal of Management, and Human Resource Management. His work on the effects of stock option pay has been featured in major news outlets such as the New York Times, the Economist, BusinessWeek, CFO, and on National Public Radio’s Marketplace.  Additionally, Dr. Sanders served as an Associate Editor of the Academy of Management Journal between 2007 and 2010. Before receiving his Ph.D., Dr. Sanders spent more than a decade working for both publicly held and private enterprises in the field of institutional commercial real estate investment.