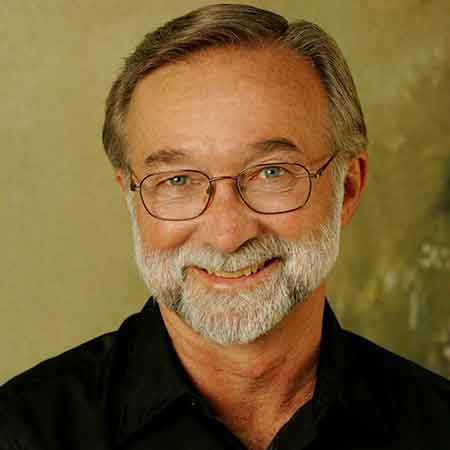 Gary Cook is well known as the author of Teaching Percussion, currently in its third edition and utilized in percussion education worldwide. He is Professor Emeritus of Music at the University of Arizona, where he founded the university’s percussion department in 1975, and taught for thirty-three years until his retirement in 2008. Prior to that, Cook taught at Louisiana Tech University. From 1994 to 1999 he served as Director of the University of Arizona School of Music and Dance.

Cook was timpanist and principal percussionist with the Tucson Symphony Orchestra for more than two decades, and held similar posts with the Arizona Opera and other orchestras. He is currently principal percussionist with the Crested Butte Music Festival in Colorado, and has performed with other summer music festivals in Colorado and Nevada. Cook enjoys commissioning new music for percussion, and he has premiered and recorded several commissions. His most recent CD on Albany Records features the Philip Glass “Concerto Fantasy for Two Timpanists and Wind Ensemble.”

Cook was President of the international professional organization, the Percussive Arts Society (PAS), from 2007-2008, and received the PAS Lifetime Achievement in Education Award in 2011. He is most proud of his many former students who hold distinguished professorships in colleges and universities around the United States and in Trinidad; who perform professionally around the world; and who are successful teachers and performers in all areas of music and the arts.