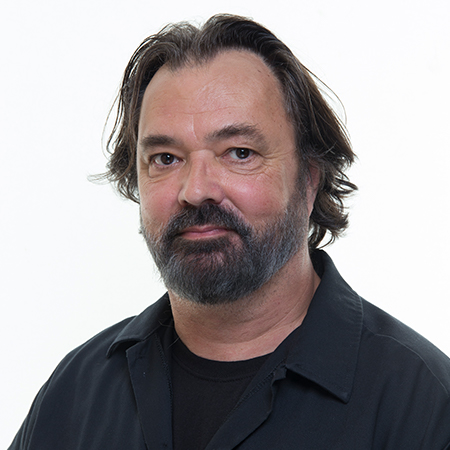 Frederic began learning the art of painting with his father. Jean Edelmann also exerted a major influence on his style. In 1983–1984 Frédéric Bonin-Pissarro studied at the Ecole de Sèvres, then from 1984 to 1988 he studied at the École nationale supérieure des beaux-arts (ENSBA). There, he attended masterclasses of Jacques Yankel and of Antonio Segui. After his studies, he went and settled in Cincinnati (Ohio, USA). In 1989–90, Bonin-Pissarro worked on stage sets for the Théâtre Populaire des Cévennes. From 1991 to 1994, he drew up various projects for the Planète Magique amusement park in Paris. From 1995 to 1997 he taught at the art school Faire in Gisors. In 1998 he teaches setting color, character design, writing scenario, illustration, composition and layout at the Art Institute of Cincinnati (AIC College of Design). He later obtained a Bachelor of Arts and a Master in Arts, with mention summa cum laude from the Morehead State University in 2015 and 2017 respectively. In 2017, he is appointed Lecturer at the College of Fine Arts of University of Nevada, Las Vegas.

Frédéric Bonin-Pissarro first enrolled in the Neo-Impressionist painting to which he incorporated elements of Fauvisme then by adopting a clear line and more pronounced colors, his compositions have become more complex; patterns, dots and lines have appeared in his works, now considered part of the modern Abstract Art. He exhibited his work in numerous galleries in France, Italy, the US and Asia and is collected in Europe, Australia, USA and Asia. In 2002, he received the key of the City of Cincinnati for his contribution the Arts.