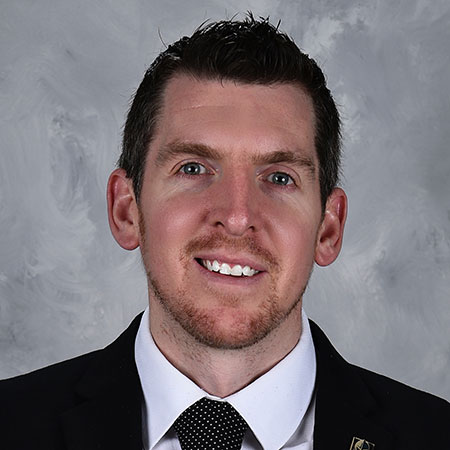 Vice President of Communications and Content for the Vegas Golden Knights
Department(s): Journalism and Media Studies

Since December 2016, Eric Tosi has served as the vice president of communications and content for the Vegas Golden Knights and was part of the executive team that helped launch the franchise. He oversees the club’s digital/social media, public relations, media relations, external communications, and broadcasting. He spent the previous ten seasons with the NHL’s Boston Bruins in a similar capacity and was the executive producer, writer, and director of the Bruins' award-winning television shows, Behind the B and Bruins Academy, which have combined to win three regional Emmys for Best Sports Series and Best Children’s/Youth program. Tosi co-authored the Bruins official Stanley Cup Championship book published in 2011 and was an editor/writer of the Vegas Golden Knights inaugural season book published in November 2018. Tosi worked in a communications role for three different professional sports leagues with stints with the NFL (New York Jets), NHL (Boston Bruins and Vegas Golden Knights), and MLS (Red Bull New York). A native of Beverly, MA, Tosi graduated from the College of the Holy Cross with a degree in political science.