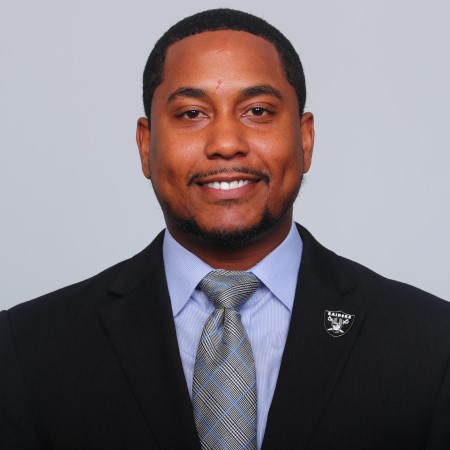 Born and raised in Chicago IL, DeAngelo Shears obtained his undergraduate degree at Howard University. There he became a member of Kappa Alpha Psi, Fraternity Incorporated where he served as the Athletic Chair. He then went to start his Master’s Degree in Business at Roosevelt University in Chicago and completed his MBA online at the University of Phoenix. With over 10 years of experience in the sports field, DeAngelo has worked for some unbelievable companies. He interned for Michael Jordan’s former trainer Tim Grover at Attack Athletics, worked for the Howard University Football team, spent a couple of years at NFL Films and ESPN, served as the Director of Basketball Operations for the Roosevelt University Men’s Basketball team, and is now going into his 7th season with the Las Vegas Raiders. DeAngelo recently co-founded his nonprofit Why Not Me, Inc. which aims to provide resources and tools to the underprivileged and assist in lifestyle changes.