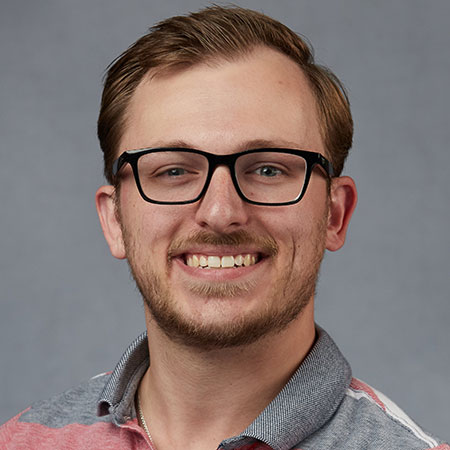 Originally from Aledo, Texas, Craig received a BS in Mathematics at Case Western Reserve University in Cleveland, Ohio where he joined the Ohio Epsilon chapter of Phi Kappa Psi. In his time as an undergraduate Craig served as the Corresponding Secretary and Mystagogue for his chapter as well as the Vice President of Administration and Member at Large for the Interfraternity Council. Largely due to these experiences, Craig decided to pursue a career in Higher Education. He attended New York University for his Master of Arts in Higher Education and Student Affairs while working at Stevens Institute of Technology where he advised the Interfraternity Council and Cultural Greek Council. Craig now volunteers for his national fraternity as well as Delta Upsilon covering topics like member education and risk management. In addition to fraternity and sorority life, Craig enjoys dancing, music, travel, science fiction, and puzzles. He's excited to be a member of the fraternity and sorority team and a Rebel!