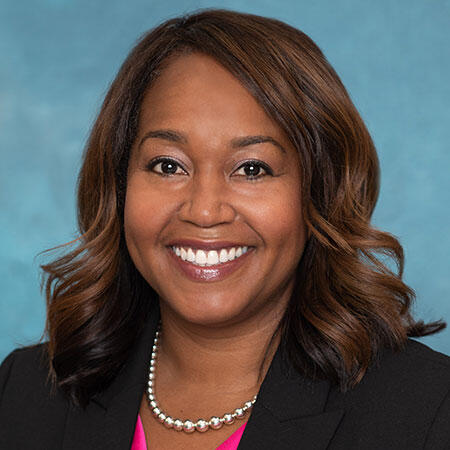 Constance Brooks joined UNLV in August of 2022, as associate vice president for government and community engagement.

Brooks, who earned both a master's and Ph.D. at UNLV, has more than 15 years of experience in the areas of government affairs and community engagement and has a deep knowledge of higher education in Nevada. Most recently, she served as the vice chancellor of public affairs and advancement for the Nevada System of Higher Education (NSHE). In this role, she was a member of the Chancellor’s Cabinet and was the chief advocate for NSHE, leading strategy development in external affairs, communications, and advanced strategic initiatives related to diversity, equity, and inclusion goals.

Prior to NSHE, she served as vice president of government affairs for the Las Vegas Convention and Visitors Authority, MGM Resorts International, and the College of Southern Nevada. Brooks also served in a number of capacities with NSHE, including as vice chancellor for government and community affairs. She also has been an adjunct professor at UNLV.

With her broad array of both industry and higher education experience, Brooks will help advance the interests of UNLV at the federal, state, and local levels. She also will work closely with her colleagues to bring a more cohesive synergy between government affairs and community engagement, which will allow for more integration in these areas.