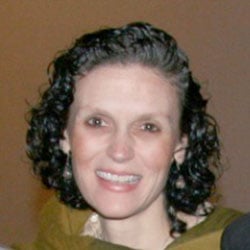 Dr. Christine Clark is Professor of Curriculum and Instruction, Senior Scholar for Multicultural Education, and Founding Vice President for Diversity and Inclusion at the University of Nevada, Las Vegas. She coordinates masters and doctoral level specialization programs in multicultural education in the Department of Teaching and Learning/College of Education. Previously, Clark was the Executive Director of the Office of Diversity and Inclusion (previously called the Office of Diversity Education and Compliance, and the Office of Human Relations Programs), an arm of the Office of the President, as well as an affiliate Associate Professor in the Department of Education Policy and Leadership and the Maryland Institute for Minority Achievement and Urban Education in the College of Education, all at the University of Maryland, College Park. Clark was also an Associate Professor and the Coordinator of the Urban Educational Leadership Doctoral Program in the Division of Educational Studies at the University of Cincinnati, and an Assistant Professor of Multicultural Teacher Education/Curriculum and Instruction at New Mexico State University in Las Cruces. During the 1998-1999 and 2005-2006 academic years, Clark was a Fulbright Senior Scholar at La Universidad Autónoma de Ciudad Juárez and at La Universidad Rafael Landivar in Quetzaltenango, Guatemala, where she conducted research with graduate students on the theme "Violencia en Espacios Escolares" (Violence in Schools). In 2004, Clark was selected by the Council for the International Exchange of Scholars (CIES) as the consultant for their 2004 Visiting Fulbright Scholars Conference on the theme "Harmony and Discord in the Multicultural United States." This conference is sponsored by the U.S. Department of State, Office of Cultural Affairs. Also in 2004, Clark was accepted into the Fulbright Senior Specialist program and served in that role until 2009. Clark has a three-tiered research agenda that focuses on: 1) white antiracist identity development and multicultural teacher education preparation; 2) the prison industrial complex and implications for urban educational leadership; and, 3) multicultural curriculum transformation in P-12 and higher education across disciplines. Clark's specialty is in the development of critical multicultural, bilingual education as a tool for disarming violence in schools and communities. She is the series editor for the six-volume PK-12 Multicultural Curriculum Transformation Handbook Series (2017-2019, Rowman & Littlefield), lead co-editor of Occupying the Academy: Just How Important is Diversity Work in Higher Education? (2012, with Brimhall-Vargas and Fasching-Varner, Rowman & Littlefield), an invited chapter co-author for Leadership for Increasingly Diverse Schools (2015, with Horsford, and co-edited by Theoharis and Scanlan, Routledge) and an invited entry author for Multicultural America: A Multimedia Encyclopedia (Cortés, 2013, Sage) and the Encyclopedia of Diversity in Education (Banks, 2012, Sage). Clark was a member of the Board of Directors of the National Association for Multicultural Education (NAME) for seven years and has served on the Editorial Board for the organization's journal, Multicultural Perspectives, since 1998. In 2014, NAME awarded Clark the G. Pritchy Smith National Multicultural Educator of the Year Award. As an active member of the American Educational Research Association (AERA), Clark served as Program Chair or Co-Chair for the Foucault and Education Special Interest Group (SIG) and Communications Chair or Co-Chair for the Critical Educators for Social Justice (CESJ) Special Interest Group (SIG) from 2005-2010. In 2010 and 2013, Clark was appointed/reappointed to the National Advisory Committee of the National Conference on Race and Ethnicity (NCORE). Clark is also the Associate Editor for the Higher Education section of Multicultural Education (since 2002), serves/served on the Editorial Board for Equity & Excellence in Education (since 2014), for the Taboo: The Journal of Culture & Education (since 2016), and for the Journal of Praxis in Multicultural Education (from 2005-2009); she is also a regular reviewer for the Journal of Diversity in Higher Education, the Journal of Educational Philosophy and Theory, the Journal of Negro Education, Action in Teacher Education, the National Association for Bilingual Education (NABE) Journal of Research and Practice, and Multicultural Education Review (MER), the Journal of the Korean Association for Multicultural Education (KAME). Clark received a B.A. in economics with a minor in geology from Franklin & Marshall College in Lancaster, Pennsylvania; and an M.Ed. with areas of specialization in cross-cultural counseling and multicultural curriculum development, and an Ed.D. with areas of specialization in multicultural/bilingual education, multicultural organizational/community development, and urban educational leadership, both from the University of Massachusetts at Amherst.