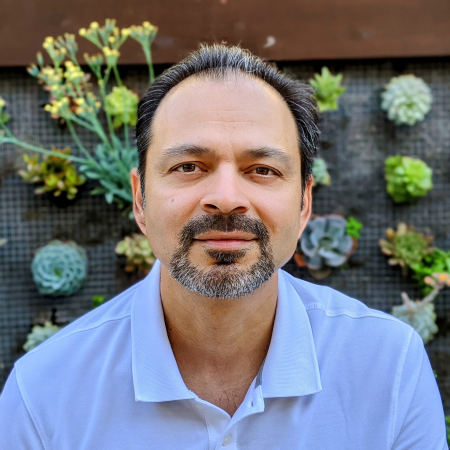 A native of Las Vegas, Avnish holds a BS in Mathematics & Computer Science from UNLV (1989), and a M.S. in Applied Mathematics from USC (1992).  He started his career in the aerospace industry, performing satellite modeling & data analysis in support of the US Govt.  He worked for several years at the NASA Goddard Space Flight Center on scientific visualization programs, and then at NASA Ames Research Center, Advanced Supercomputing Division.  For the past 12 years, he's been at Google (in Mountain View, CA) helping developers & enterprise customers be successful on Google Maps Platform and Google Earth.

Outside of work, Avnish enjoys jogging, hiking in the beautiful San Francisco Bay Area, and spending time with his wife and two children.