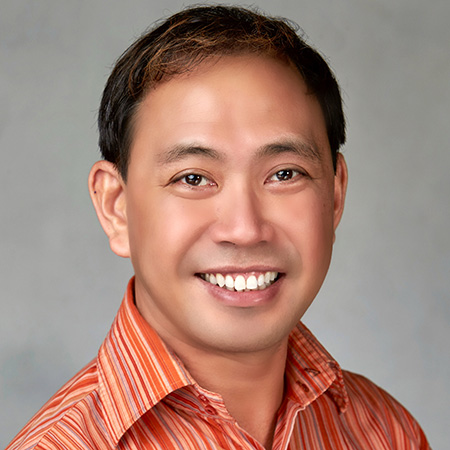 Andrew Thomas Reyes is an Assistant Professor at the UNLV School of Nursing. He joined the School of Nursing in 2016 and teaches both at the undergraduate and graduate programs. His practice specialty is in the area of psychiatric/mental health nursing.

His program of research focuses on the concept and construct of resilience among college student military veterans and Asian American women with history of trauma and post-traumatic stress. He is currently exploring the effects of mindfulness on avoidant behaviors in Post-traumatic Stress Disorder (PTSD). He is also investigating on the cultural factors affecting resilience in trauma among ethnic minority women. He developed and published three grounded theories relating to resilience: the grounded theory of pushing through, the theory of integrating, and the theory of modulating intrusions. These grounded theories provide the theoretical framework of his research studies. He has also published articles in peer-reviewed journals and presented at local, regional, national, and international conferences.

He completed his Ph.D. in nursing at the University of Western Ontario in London, Ontario, Canada, which is a research-intensive university that emphasizes studies about leadership in nursing education, health promotion, and health services delivery. Reyes earned his Master of Science in Nursing at D’Youville College in Buffalo, New York and his Bachelor of Science in Nursing at the Remedios T. Romualdez Medical Foundation in Tacloban City, Philippines.