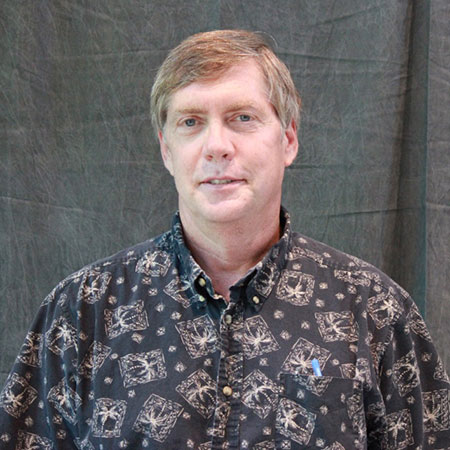 In Drosophila, molting and metamorphosis are initiated by pulses of a single steroid hormone, 20-hydroxyecdysone (20E). Although hormone exposure at the cellular level is global, the response of individual cells to the steroid signal can be considerably different and diverse. Understanding how these tissue-specific responses are manifested at the molecular level is of particular interest to our lab.

We are using the larval salivary gland as an assay system to investigate how changes in gene expression directly induced by the hormone, are manifested into a temporal- and spatial-specific response within the tissue. Our lab is especially interested in elucidating the underlying mechanisms of the massive secretion of packaged glue proteins induced by a 20E signal. This knowledge will provide us with a model for steroid-regulated exocytosis in vertebrates. We are approaching this problem by observing live animals or live dissected tissues (expressing RED cargo proteins and GREEN target proteins) after they have been experimentally manipulated. Thus, we have been able to test candidate genes using traditional whole-animal mutants, tissue-specific gene targeting, conventional pharmacological treatments, and tissue-specific gene silencing with double-stranded interfering RNA (RNAi). The results of this multidisciplinary approach have allowed us to piece together a pathway that involves steroid exposure; induction of DNA-binding proteins; changes in intracellular calcium levels; and changes in the activity of calcium-binding proteins, myosin motors, and cytoskeletal structures. We are complementing this directed approach with open-ended loss-of-function and targeted overexpression genetic screens that should allow us to identify molecules that are functionally required for steroid-regulated secretion.

Notch (N) is an important signaling protein that is known to be critical for embryonic development in most animals. Part of its essential role is to influence cell-fate decisions and to establish the proper number of progenitor neurons in the developing nervous systems of flies and humans. Our lab became fascinated with Notch after intriguing twin discoveries: (1) Notch is processed by a gamma-secretase complex containing Presenilin (Psn) into a signaling molecule that can enter the nucleus, and (2) mutations in human Psn correlate with the absolute development of some familial forms of Alzheimer's disease.

We have tested the requirement of Notch in adult flies with a fully differentiated nervous system. This is possible because of the powerful molecular and genetic tools to compromise the Notch protein after development is complete using conditional alleles, inducible dominant-negative transgenes, or inducible RNAi molecules. We have shown that adult flies without functional Notch have a dramatically reduced lifespan, show impairments in locomotion with age, and display defects in long-term memory. The last phenotype is notably compelling because Notch-compromised adult flies display short-term memories that are indistinguishable from controls. Currently we are using these Notch phenotypes to genetically map the regions of the fly brain necessary for long-term memory by selectively silencing Notch in defined subregions of the central nervous system. We hope to use this information to model aspects of human memory acquisition and dysfunction.