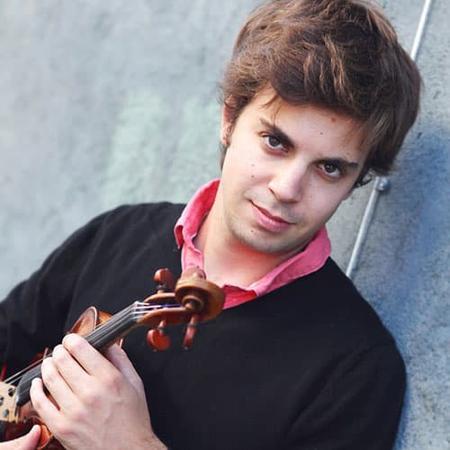 His albums for the Editions Hortus and Navona Records have embraced a wide range of repertoire from Mozart to Tanguy (b.1968) and received praise of the highest caliber (4 stars Classica Magazine, 5 stars Pizzicato Journal, “coup de coeur” France Musique, 4 stars Diapason and a nomination for the 2021 International Classical Music Awards).

Aubrun graduated at age 19 from the Paris National Superior Conservatory where he studied with Roland Daugareil and Serge Pataud. He then studied at UCLA (D.M.A.) with Guillaume Sutre and at the Colburn Conservatory of Music (Artist Diploma) with Martin Beaver. He is the winner of the Charles Oulmont Prize of the Fondation de France and laureate of the Langart Foundation in Switzerland.

Prior to his appointment at UNLV, Aubrun was teaching Violin and Chamber Music at the UCLA Herb Alpert School of Music and UC Santa Barbara. He has also served on the faculty of the Montecito International Academy, the Chamber Music Unbound Festival and Academy, the Foosa Academy, the Impulse New Music Festival, the Socal Chamber Music Workshop and is regularly invited to give masterclasses around the world.

He plays a Matteo Goffriller violin, on a generous loan by the Langart Foundation.