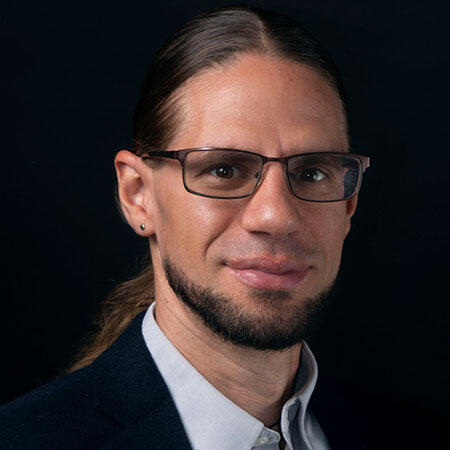 A.B. (Aaron) Wilkinson is an associate professor of history at UNLV. He is a graduate of Dartmouth College, completed the Master of Arts Program in the Social Sciences (MAPSS) at the University of Chicago, and earned his PhD in History at the University of California, Berkeley. He teaches courses on Colonial North America, the U.S. Revolutionary Era, and early U.S. History. He also has research and teaching interests in African American history, Native American history, Ethnic Studies, and critical race theory in the wider Americas and Caribbean.

Dr. Wilkinson specializes in studies of mixed-heritage peoples and ideas regarding ethnoracial mixture in colonial America and the United States. His first book, Blurring the Lines of Race and Freedom: Mulattoes and Mixed Bloods in English Colonial America (UNC Press, 2020), explores the historical origins of U.S. mixed-race ideologies in the seventeenth and eighteenth-century colonial period.  This book provides a detailed examination of those having blended African, European, or Native American ancestry and explains how we first came to think about “mixed people” in British America, before the founding of the United States.